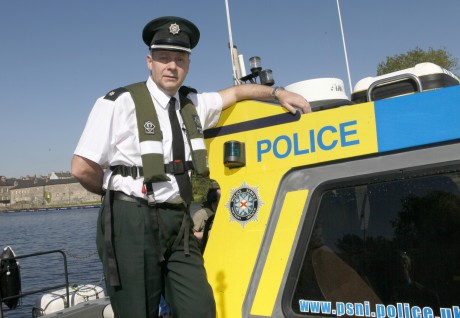 What would you say to people who believe that all protesters who come to Fermanagh will be violent?

For a start campaigners are generally very peaceful and lawful, equally so a lot of protesters are lawful so the suggestion that those coming to Fermanagh are going to be violent protesters is wrong.

It is my assessment that whilst I can’t rule out that we may see some violence there is no need to stereotype protesters and campaigners all under the one umbrella that would be wrong first of all.

Secondly I do not believe we will see a significant level of violence.

There’s a lot of rumours going around and people shouldn’t listen to them, they will only fuel apprehension.

How many will there be?

That’s the 64,000 dollar question I really have no idea, we have a few indications of quite a few campaigners coming to town.

Whilst there may be anything from a small number up to a reasonable size number I don’t think we’re going to have excessive numbers and as such I still come back to the first point, the visitors we are going to have who want to campaign on the issues close to their heart are not going to present a significant danger to the local community.

We will try to keep our deployment proportional.

It’s our aspiration to ensure the initial police deployment are in normal police patrol uniform with yellow coats and if we get last week’s weather short sleeves, but also there will be a variety of public order units available.

Those are contingency, because a plan is not a proper plan unless it has considered a variety of scenarios and built in contingencies to cater for those scenarios.

What dialogue has taken place between police and campaigners/protesters?

The conversations have been very business like and practical. Conversations are around where those who are going to attend the event will be directed to park, specifics in relation to the route, facilities provided etc.

And it doesn’t matter if this is March 17 or the twelfth of July that’s a standard package, that we engage in a conversation around with every organiser of an event that’s taking place.

I’m reassured around a range of issues including their stewarding arrangements, because that’s another element that’s asked as part of the package.

What would you say in response to concerns about traffic and car parking in the town?

In relation to traffic there is quite a significant amount of car parking available in Enniskillen and I think car parking will be available for those coming to town on Monday evening.

The town carparks on the island itself will all be available.

The only road closure associated with the G8 is the Lough Shore Road and the only closure that will happen on Monday evening over and above that will be like a rolling closure on the route as the march goes on that what would happen with a St Patrick’s day parade or Twelfth of July.

Advice to people travelling in and around Enniskillen during the protest?

Allow more time, expect a wee bit of disruption or congestion, because those participating will probably arrive during the course of the day.

Will water cannons be deployed?

They will be available for deployment, but I emphasise they will not be a primary contingency.

I think the community has an expectation that we will do what is required of us to ensure safety and security and ultimately if we have a very small number of people who decide to do something wrong and cause damage to property the community has every right to expect us to protect them.

We have various contingency equipment available in Northern Ireland and that includes water cannons.

The standard public order package includes the water cannons and Attenuated Energy Projectile, in old money that would basically be plastic bullets.

Any more developments on protester accomodation?

Not to my knowledge there is no advanced planning in offering up proactively somewhere for them to go.

There are some indications there have been facilities advertised but that is a private matter.

As far as the Broadmeadow is concerned I think that is a matter to take up with the council,  as ultimately that is council property.