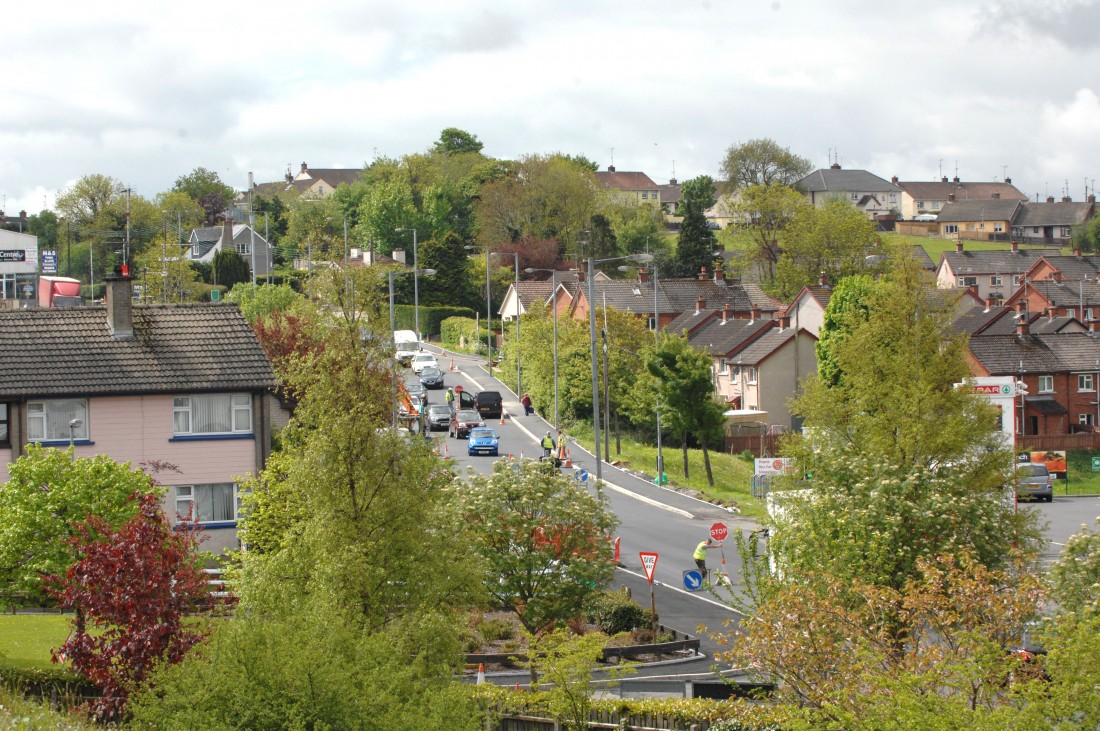 KIlmacormick estates could be divided by new electorial wards

PARTS of Enniskillen town electoral district, including Kilmacormick, Hillview, Drumclay and Drumcoo could ‘move’ to the rural Erne North district, if new proposals are agreed upon.

And, perhaps more shockingly they could lead to reduced funding for one of Enniskillen’s most deprived areas.
These ‘town to countryside’ changes have been recommended by the District Electoral Areas Commissioner, whose job is to group electoral wards across the north into electoral areas for the ‘new’ councils, locally, the new Fermanagh and Tyrone merged Council.

Currently, there are four electoral districts Erne North, Erne East, Erne West, and Enniskillen. Inside those districts, Enniskillen has seven wards: Tempo, Lisbellaw, Rossory, Portora, Devenish, Erne and Castlecoole. New proposals sees the removal of the Devenish ward, with previous parts within that moving from Devenish ward to the Erne and Lisnarick wards.

Sinn Fein Councillor, Debbie Coyle, has condemned the proposed changes, which are to be discussed at the next council meeting, on Monday.

Regarding the issue of funding, she outlined that because of deprivation the current Devenish ward, which encompasses areas such as Hillview and Kilmacormick, received Neighbourhood Renewal Area funding.
“This not only benefits the community within the Devenish area but also those in the surrounding areas of the Portora and Erne wards,” she said.

“By splitting the Devenish ward and putting part of it into the Erne Ward and the rest into a rural ward, Lisnarick, this funding will be lost under these proposals. However the social deprivation and need in the area will remain and therefore it is vital that we support the community in Devenish and surrounding areas so that they remain eligible for Anti-Poverty Support.”

And, director of Fermanagh Trust, Lauri McCusker, has also called for a re-examination of the changes, which would be put into effect in time for the first election of the new Omagh and Fermanagh Council.

“The decision to take communities which are at the heart of Enniskillen life including Hillview, Kilmacormick Road, Kilmacormick Avenue and Drumbeg and Drumbawn out of Enniskillen and put them into Erne North District Electoral Area (DEA) as part of the Lisnarick electoral ward must be re-examined,” said Mr McCusker.

He continued: “The decision to take these communities out of Enniskillen appears to go completely against what the District Electoral Areas Commissioner set out to achieve.

“The Commissioner set out to achieve a number of things including, the creation of distinct urban and rural DEAs, the inclusion of complete settlements within a DEA and the creation of geographically compact DEAs.

“Taking Hillview, Kilmacormick 2 estate, Drumbeg and Drumbawn and putting them into a rural ward such as Lisnarick clearly fails to achieve this,” he said.