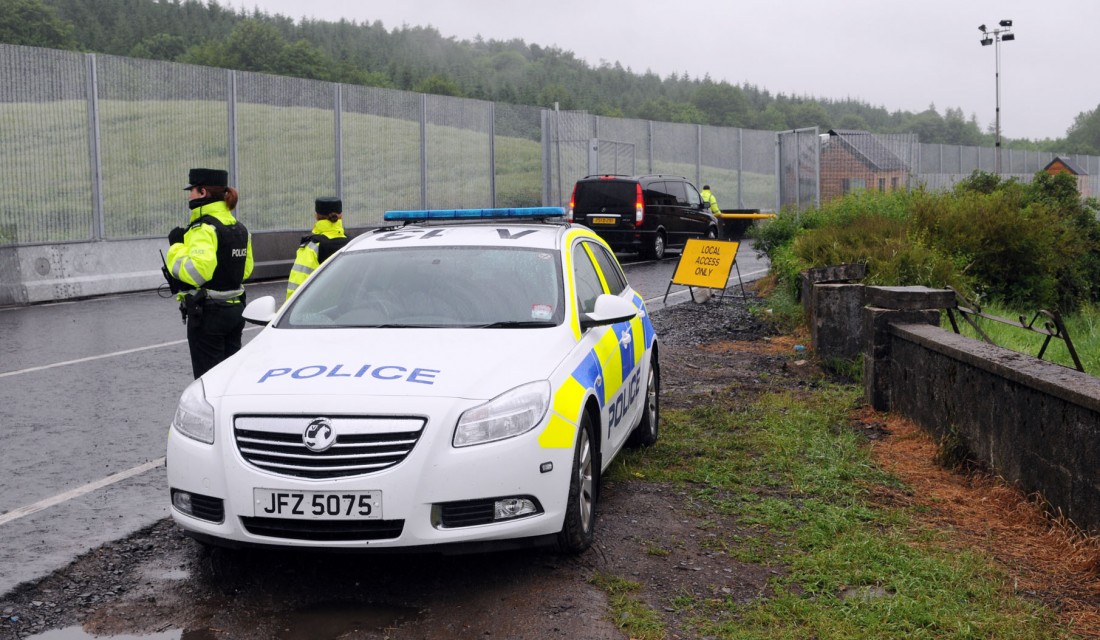 THOUSANDS of protesters could be left with nowhere to stay with the council confirming this week that they would not be providing an official site for protesters who will begin to descend on the county from as early as this weekend.

G8 riots have dominated headlines in London – with Soho the victim yesterday (Tuesday).

However, both police and the local group responsible for the protest march being held here on Monday evening – have been at pains to play down the threat of violence.

Also yesterday, chief executive of Fermanagh District Council, Brendan Hegarty, insisted that the council would ‘not set up a campsite’. However, the worry is that ‘casual camping’ could have serious implications in terms of sanitation and medical services.

While there are paid campsites available in the county, it is unlikely that those out-of-town amenities will be availed of. It is thought that one – if not more – of the ‘green’ sites owned by the council in the county may have to be pressed into action with the Broadmeadow and Lakeland Forum playing fields the most obvious location.

In the event of thousands of protesters looking to set up camp at the Forum, Mr Hegarty admitted that there would be ‘arrangements in place to respond on a contingency basis’.

However, if protesters are to use a site unofficially, police have stated that ‘anyone who is concerned because protesters or protest groups are occupying their land without permission should contact police who will take the necessary action’.

A spokesman for Fermanagh Against G8, organisers of the protest march taking place on Monday evening described ‘strong support’ for the protest movement.

He said: “The main reason for protesting locally is the issue of fracking. Obviously there are wider issues around global warming, the environmental catastrophe, and in terms of world hunger, austerity and capitalism.

The spokesman also criticised both the media and police for what he described as creating an element of ‘fear’.

“Certain elements of the media and the police have definitely associated us with, for example, dissident republican groups, terrorists, and that has really discouraged people from taking up a legitimate right to protest.

“What we’re doing is we trying to build an alliance of those opposed to what’s happening.

“I don’t foresee any violence. It is our focus to keep things peaceful, and keep the emphasis on the politics of the G8.”