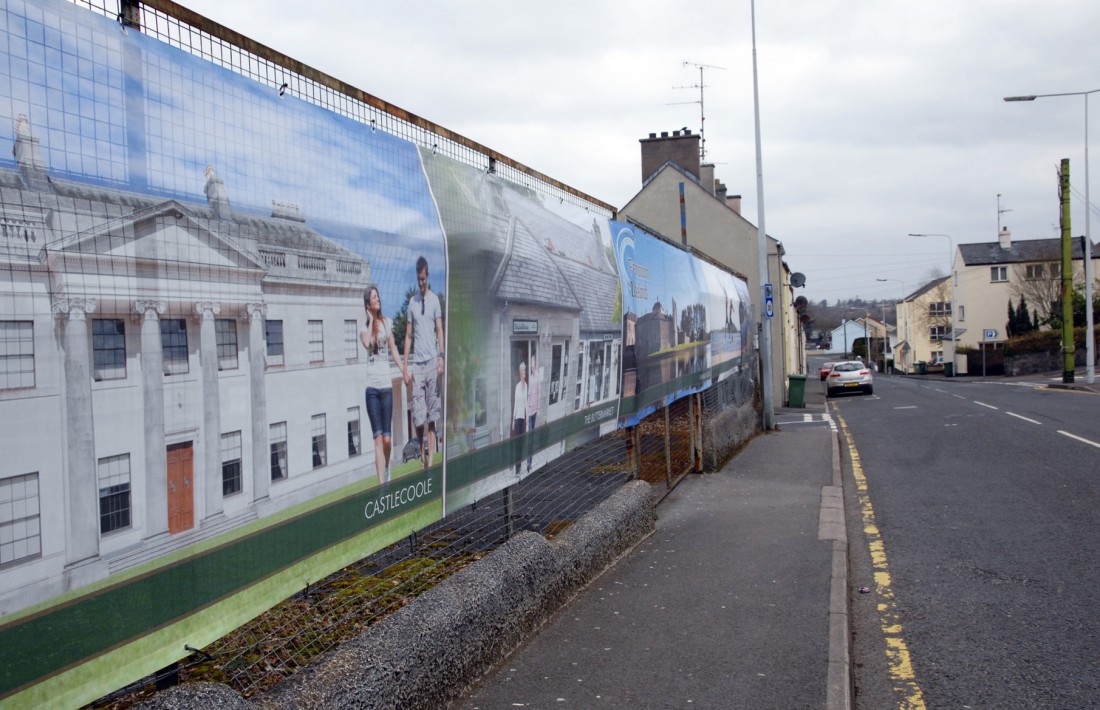 FERMANAGH District Council this week released the contract prices, and the contractors, for the various ‘G8’ spruce-up schemes carried out across the county.

In total, 166 properties got a makeover, the largest scheme being just over £34,000 awarded to Sign Design, Sligo Road, Enniskillen.

And, the scheme included the demolition of two small buildings in Maguiresbridge and Newtownbutler, both of which were undertaken by M&A McManus for £7,580.

Elsewhere, a contract, one worth £100,000, was placed with Marshall Street Furniture for the supply and delivery of pedestrian barriers and guard rails.

A second contract, for just over £29,000, was awarded to Emtek Ltd for the installation of pedestrian barriers and guard rails.

The landscaping and the provision of footpaths on a large site in Enniskillen cost £18,000.
It was carried out by J O’Hearty and Sons.

A contract to supply viewing portals at the Round ‘O’ was awarded to Grogan Engineering Ltd in the sum of almost £17,000, while Gerald Love Contracts undertook the landscaping of the Newtownbutler police station site, for £11,247.

At last week’s council meeting, Alastair Coey Architects, Belfast were awarded the contract for £16,900 to come up with a creative design for a shop front improvement scheme in Enniskillen.

We asked the Town Hall for a breakdown of the ownership of the 166 properties that were spruced up.

Its spokesman replied: “With financial assistance from the Department of the Environment, Fermanagh District Council has undertaken a programme of work to ensure County Fermanagh looks its very best for the G8 Summit.

“This work included landscaping and revitalisation of public spaces and vacant sites, installing new railings and pedestrian barriers, removing chewing gum from footpaths and spruce up works to properties across Fermanagh.

“Approximately, two thirds of the funding, £230,103, from the Department of the Environment was invested on improvement works to public spaces, and the remaining one third, £144,143, was invested in improving the facade of dilapidated buildings and derelict sites.”