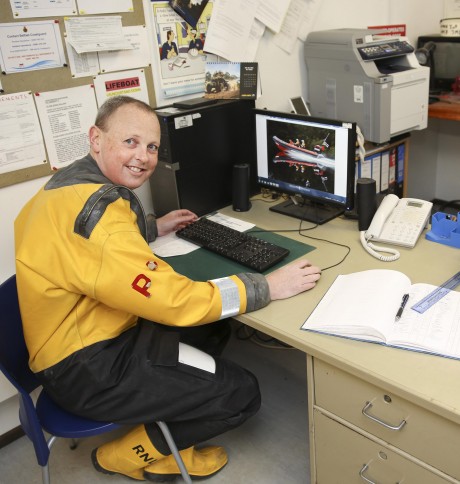 THE RNLI is to get a new lifeboat station at its Carrybridge base on Upper Lough Erne.

Planning permission for the new build has been passed by Fermanagh District Council and the RNLI’s tendering process is now underway with a view for building work to commence in late summer.

Once complete, the modern station will replace the existing temporary accommodation which has housed the charity’s volunteer lifeboat crew for the past 11 years.

In order to facilitate the project, the local community is being asked to help the RNLI raise £60,000 towards the cost which will help Enniskillen RNLI continue to save lives on Lough Erne.

In 2001, Enniskillen became home to the RNLI’s first inland lifeboat station based on Lower Lough Erne.

Due to the overall size and complexity of the lough and its high leisure usage, the decision was taken by the RNLI in 2002 to base a second lifeboat on the Upper Lough that would work in conjunction with the original lifeboat station on the Lower Lough.

With two bases, two inshore lifeboats and two rescue water craft, the station has since proved to be one of the busiest in Ireland.

Last year alone, Enniskillen RNLI launched 46 times bringing 50 people to safety. Some 20 of those services were carried out in the dark while the crew spent 169 service hours on the water.

Gareth Morrison, RNLI Divisional Operations Manager said he was delighted that planning had now been approved making way for what will be a purpose built station in a location close to the lough allowing for an efficient launch.

“In an area that receives over 100 days of heavy rainfall a year”, Mr Morrison explained, “it is hard to believe the volunteer crew based at the Upper Lough operate from just a temporary facility, partly exposed to the elements.

“We want to build a modern station with full crew facilities with areas for the crew to change and train and space to keep their lifeboat and rescue water craft and lifesaving kit safe.”

For anyone who wishes to make a donation or get involved with fund-raising for the new lifeboat station, you can contact Tony Hiney, RNLI Community Fund-raising Manager, on 00353 872198917 or email Anthony_Hiney@rnli.org.uk.