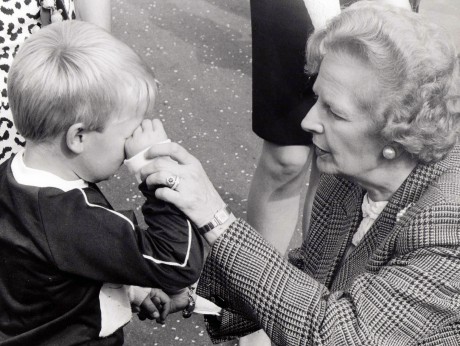 Prime Minister Margaret Thatcher, pictured by Fermanagh Herald photographer Gerry Knight during a visit to Omagh where she showed the kinder side of her character just after being named the Iron Lady by the Russians

A ‘formidable lady’ and a ‘supportive’ and ‘helpful’ person were just some of the memories two Fermanagh people had of former Prime Minister, Margaret Thatcher, who died on Monday.

Her death has had an impact on the people of the county whom she visited, most notably after the Enniskillen bomb in November, 1987.

Former Council Chairman Raymond Ferguson, who stood beside Baroness Thatcher at the Cenotaph two weeks after the Enniskillen bomb for the rescheduled remembrance day commemorations, reflected on a ‘formidable lady’ who had his, ‘undying admiration’.

“I remember standing beside her at the Cenotaph. I exchanged a few words with her, but it was pretty short.

“She was admiring the flowers and seemed to be very impressed by the turnout of the British Legion members, I remember.”

Mr Ferguson continued: “The transformation that she delivered for the country from a very sort of downbeat despondency was remarkable. Even the present day atmosphere, there is a still a self-belief in the country that she restored. For that, she has my undying admiration.”

Although very aware of the negativity of public opinion surrounding Mrs Thatcher, Mr Ferguson believes she ultimately, ‘did what had to be done’.

“It is hardly surprising in view of the task she faced when she first came into office in 1979 and the way she left.

“There is still an anti-Thatcher movement alive and kicking, but it is hard to see what she delivered could have been delivered in any other way.

“In the longer term, I think she will be remembered for bringing in an injection of self-confidence that was badly needed at the time.”

The then chief executive of the council, Gerry Burns said he met Mrs Thatcher ‘around half a dozen times’, including a couple of memorable moments at the Ardhowen Theatre and at the Cenotaph.

“Initially, she was a bit sharp and intense, but after that she was much more pleasant, and I found her very supportive and helpful as a person.

“She was very supportive of the Ardhowen and met all the relatives of those killed in the bomb there. Prior to that, she had been looking over the place with Jim Prior, then Secretary of State on what was a cross-border visit, and she lunched in Enniskillen.”

Mr Burns added: “Those were difficult times, but, overall it was interesting.

“Policy matters were not a subject we would have discussed. It was simply matters relating to development, general standing of people and community relations. I wouldn’t have gone into any other matters. I left policies entirely to the politicians.” 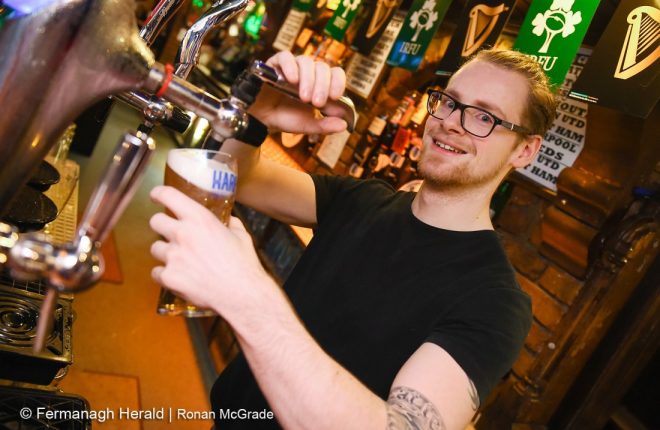 Brexit blamed for rise in the price of a pint

The price of a pint of beer is set to go through the roof.