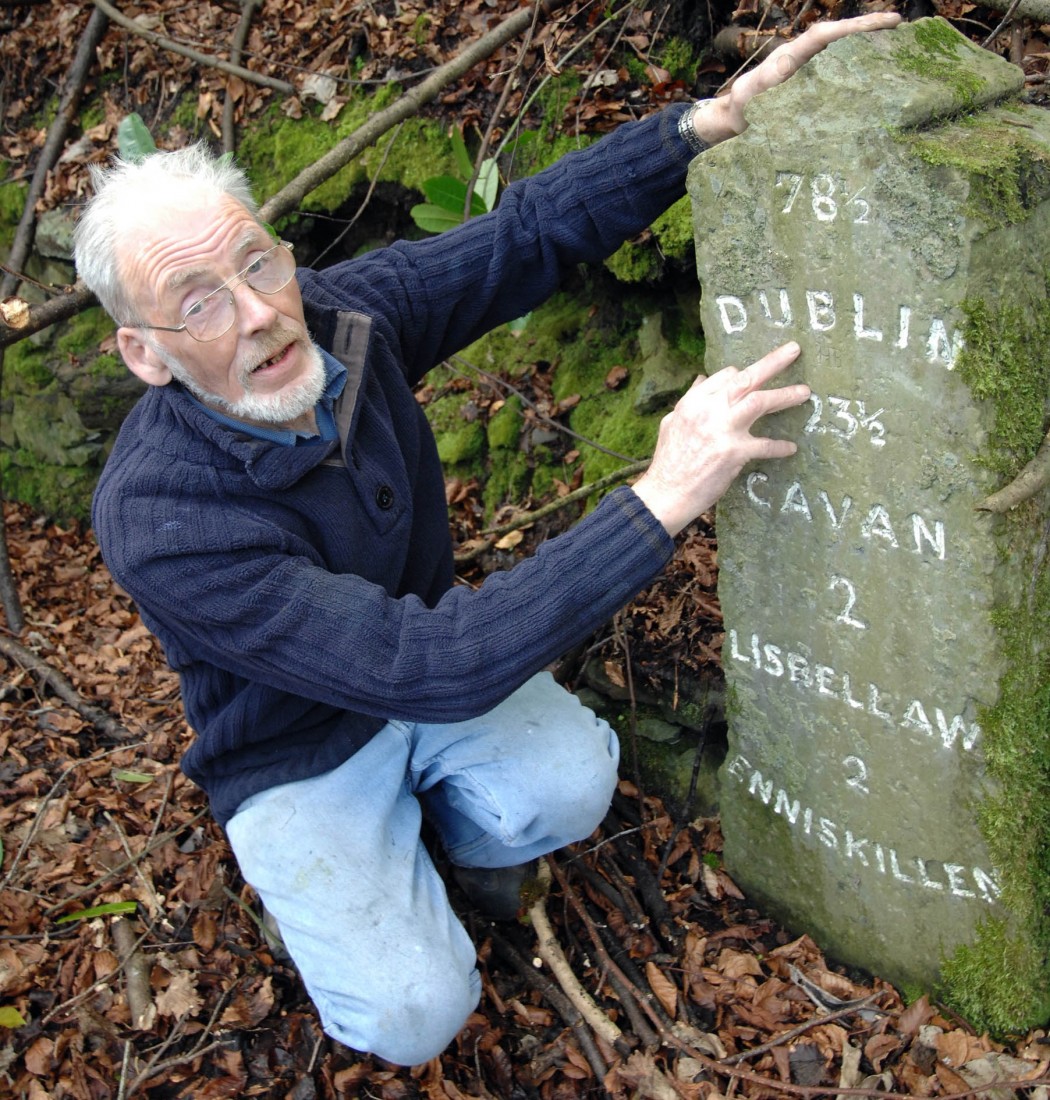 CHANCES ARE if you travel the Dublin Road to and from Enniskillen, you won’t have seen it, nor will you know it’s there, but back 100 years ago it may have been a key part of rural Fermanagh.

What is it? A road marker, long forgotten, but of important historical significance. The sign gives distances in miles to Belfast, Cavan, Lisbellaw and Enniskillen, but is now well hidden under trees behind a hedgerow.

It is likely that the marker, located two miles outside Enniskillen, in close proximity to the former  Council refuse site was once a vital resource for travellers on the old road travelling to and from Fermanagh.

Although unclear exactly how long the marker has been hidden, it was recently uncovered by Enniskillen man, Peter Maguire.

“I knew about it 20 years ago. I was chatting to a local man recently who said it was gone, but now I have found it on Saturday again. I was out looking for it and found it hidden away from the side of the road.”

Peter, who has lived in Enniskillen for 23 and a half years, believes he may have first discovered the marker when he used to litter pick the roads, when it was more visible. Today, he believes these markers are an important part of our history that must be preserved.

“Where else in Enniskillen do you see them? I would be concerned somebody would take it and put it in their house as a trophy, and that could happen.

“This is a piece of our history and should be logged.”

Peter also thinks there are more of these markers around Fermanagh, but have either been removed or have been hidden much like the one he recently uncovered.

“There were more of these, but to be honest I couldn’t tell you where they are now. I would have seen a lot more years ago, but over the years, they have disappeared.

“The G8 leaders are not going to know it’s there, and the natives definitely don’t know it’s there. Why they don’t expose it, so people can see it, is beyond me.”