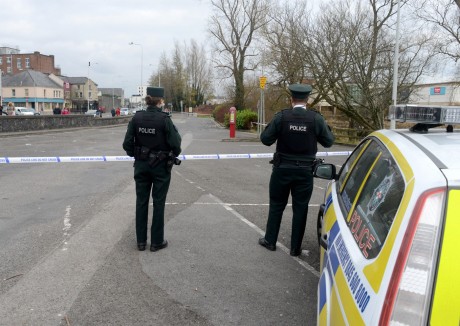 A ‘HORRENDOUS’ sexual assault on a woman near  Enniskillen town centre in the early hours of Sunday morning has left a local Councillor fuming.

Police are continuing to investigate what they have described as a ‘serious sexual assault’ that took place in the Wellington Road area, near the Shore Road car park between 12 midnight and 2am on Sunday, March 4.

Councillor Swift continued, “My thoughts are with the woman who suffered a serious sexual assault and I wish her a very good recovery in the aftermath of such a horrible experience.”

“This serious sexual assault highlights to all of us the hidden dangers and makes us aware of the sinister and evil elements in society who lurk in darkness to prey on unassuming passers-by. Everyone has a right to be safe and protected.”

Similarly, Sein Fein Councillor, and chairman of the committee of Fermanagh Women’s Aid, Debbie Coyle, said that she was ‘shocked’ when she heard what had happened.

“It’s terrible that that’s happened. I was shocked to hear,” she added.

Councillor Coyle also issued advice to those in town late in the evening:

“It’s important to always let people know where you are. I know it can be difficult to get taxis around that time of the morning, but you’re better off staying somewhere safe, well-lit, and get a taxi – but don’t walk alone at night.”

The investigation is being carried out by detectives from PSNI serious crime branch. Anyone who was in the area of the Shore Road car park at the time is asked to contact police in Enniskillen on 0845 600 8000.