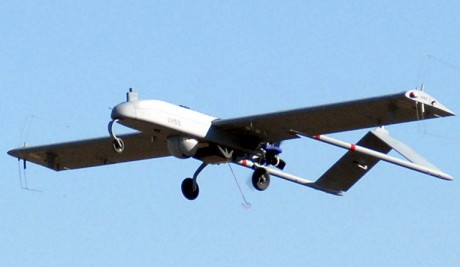 THE PSNI would not confirm a report that they will purchase two unarmed drones, costing £1m each, to secure the grounds of the Lough Erne Resort at this summer’s G8 summit.

Unmanned aerial vehicles (UAVS), also known as ‘drones’, are aircraft either controlled by ‘pilots’ from the ground or, increasingly, autonomously following a pre-programmed mission.

While there are dozens of different types of drones, they basically fall into two categories: those that are used for reconnaissance and surveillance purposes, and those that are armed with missiles and bombs.

They are much cheaper than military aircraft, and they are flown remotely so there is no danger to the flight crew.
It has emerged that the PSNI have informed the NI Police Board that they will purchase two unarmed drones a and will continue to use them after the summit for anti-terrorism and surveillance of criminals.

When contacted by the Fermanagh Herald, a spokesman for the PSNI would neither confirm or deny the report.
He said, “Like any other police service, the PSNI constantly reviews the availability of new equipment and technology to support the fight against crime and to ensure public safety.

“Should the PSNI decide to progress with the purchasing of UAV’s, the relevant authorities, including the Policing Board, will be informed of any developments or proposals.”

That being the case, the threat of attack from Irish or international terrorists is a priority for the security forces.

The PSNI’s new drones are expected to supplement the PSNI helicopters.

The helicopters cost £7m and a further £1.5 to operate annually.

Drones have been used for years in war, but only recently have they begun to be used for police work.

In London, where CCTVs already blanket the streets, the Metropolitan Police used drones to patrol the Olympics last year.