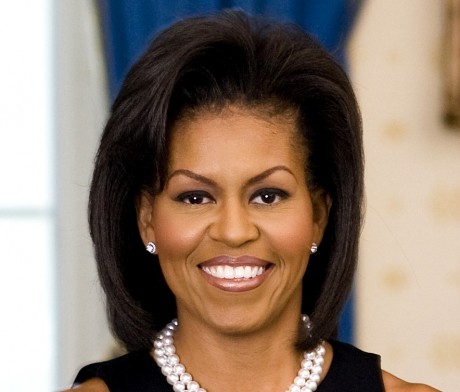 LAST WEEK it was reported that David Cameron wants this year’s G8 Summit to be void of wives and girlfriends (WAGS) – or husbands and boyfriends – but local retailers here have encouraged the Prime Minister to reconsider.

One local retailer who was disappointed with the news, citing the importance of having a female on hand after a long day’s work, was Clare Walker, of Walker Clothing in Irvinestown. She said that she’d find it would take a lot to stop WAGS getting out to some of Fermanagh’s retailers if they got the chance.

“Logistically, it would have been a security nightmare for their people to manage, but there are only so many spa treatments a girl can take – and once the boredom sets in, it would take more than the ‘minor’ detail of personal security to put females off the pursuit of retail therapy and every partner worth his salt, political or not, knows it!”

But how would Clare dress Michelle Obama if she stopped by?

“With an enviable figure like Michelle’s, I would definitely put her in one of our new dresses by Amy Childs, sleeveless of course to show of those amazing arms, or a pair of Salsa jeans to flatter her well-toned body.”

Wendy Graham of Graham Womanswear, also joked how she and her husband, Bryan, when the G8 was announced, came up with a few ideas of how to entice some famous folk into their store.

“We were very excited and started coming up with all sorts of ideas as to how we could entice the ladies into our store or perhaps, bring our store to them at the hotel, by way of a fashion show,” she quipped.

She added: “Of course, this is all ‘pie in the sky’ as the security measures currently being put in place locally will prohibit anyone in getting close to the hotel. But it’s nice to dream. Perhaps we could help out if they forgot to bring an outfit or two. If anyone knows Samantha and Michelle’s dress size let us know!”

Similarly, Maeve Tolan, of Hair By Maeve in Enniskillen said that she’d be disappointed if the wives and girlfriends were discouraged from turning up.

“It’d be a great boost to have the wives and girlfriends out and about – but I don’t know if it’s likely.
I’d love to see it though,” said Maeve.

And if they didn’t?

“I would be disappointed. Even footballers get to bring their partners – and I think it’s important that the leaders are comfortable.”

Maeve also said that she is hoping for a boost from the influx of persons into the area during the G8 period.

“Hopefully, there’ll be some sort of trade coming in, but perhaps locals might be put off. But, hopefully we’ll get a boost from others coming in.”

A No 10 spokesperson told the Herald that the issue of spouses has yet to be confirmed:

“The Prime Minister wants the G8 to be small, intimate and focused on the three issues of the day – tax, trade and transparency. Other issues, like the role of spouses at the G8, are yet to be confirmed.”