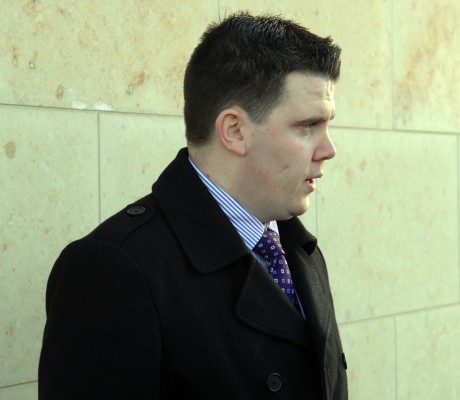 THE organisers of next (Easter) Monday’s Apprentice Boys parade in Enniskillen, which is expected to attract 60 bands, 4,500 participants and 10,000 supporters, have rejected claims that it will put shoppers off coming into town.

And, a local Sinn Fein Assemblyman, Phil Flanagan, said the huge influx of outsiders about the town all day, could result in outbreaks of violence, forcing businesses to put up their shutters.

In a statement to the Herald, the South West Ulster Amalgamated Committee said it had chosen Enniskillen as its central (Northern Ireland) venue for a number of reasons.

“Because the town is the most suitable location within the area to host a parade of this size in terms of traffic management, transport to and from the town and a parade route that can accommodate the expected numbers of band members and Apprentice Boys clubs.”

He insisted that an experienced team of parade marshals would ensure that the parade ‘passes as efficiently as possible with dignity and respect’.

A spokesman for the Parades Commission told the Herald it had received an application from the Apprentice Boys of Derry for 60 bands, 4,500 participants and 10,000 supporters for the parade which is due to set out at 10.30 on Easter Monday morning from the Dublin Road, finishing back there at 4.30.

The  spokesman for the organisers said the Apprentice Boys Association encourages everyone to enjoy the spectacle of such a parade.

“In no way does it seek to restrict any section of the community from carrying out their normal business on Easter Monday. We encourage traders to open for business, if that is their wish and if anything, the commercial life of the town is likely to be enhanced with the significant increase in the number of visitors.

“We look forward to a peaceful and enjoyable day in Enniskillen.

However, the Fermanagh South Tyrone MLA, Phil Flanagan said he believed Enniskillen will become a no go area ‘for one section of our community for the whole day’.

He commented: “This is a bad move for community relations in the area and is bad news for the local economy.

“It is also disappointing that so soon after Enniskillen hosted a very successful, cross-community celebration of the feast of St Patrick, that we are now into the start of the ‘marching season’ and the usual sectarian coat trailing begins in earnest.

“This parade is completely unwanted by the overwhelming majority of people in Enniskillen. A considerable number of business owners, particularly those in the licensed trade sector, have expressed their concerns to me about the negative impact it will have on their trade, and some have said that they are considering closing for the day.

“This is based on their experience of the last time this event took place in Enniskillen when serious criminal damage was caused to some pubs in the town by those attending this parade.

Mr Flanagan said he had some discussions with the Parades Commission and would also be seeking to engage with the PSNI to discuss their policing plan to ensure that disruption is kept to a minimum and anyone causing trouble is dealt with in an appropriate manner.”

The Apprentice Boys parade which is being hosted by the Association’s South West Ulster Amalgamated Committee,  will take the bands and their supporters out the Dublin Road for a short distance, before turning in towards Tempo Road and coming back into town via the Irvinestown Road, Forthill Street, Belmore Street, and High Street, exiting at Castle Street.

It will then head out to the Brook, Rossorry Church Road, before turning back towards town via Windmill Road and Coleshill Road, Henry Street, and along Wellington Road.

The parade will cut in at Wesley Street and into Darling Street and back down High Street to Forthill Street and, from there, to the starting point on the Dublin Road.

A spokesman for the Parades Commission explained that next Monday’s parade was not marked as ‘sensitive’.

For that reason, the Commission would not be making any determination upon it, ie ruling on whether or not it should proceed and, if it does proceed, laying down restrictions.