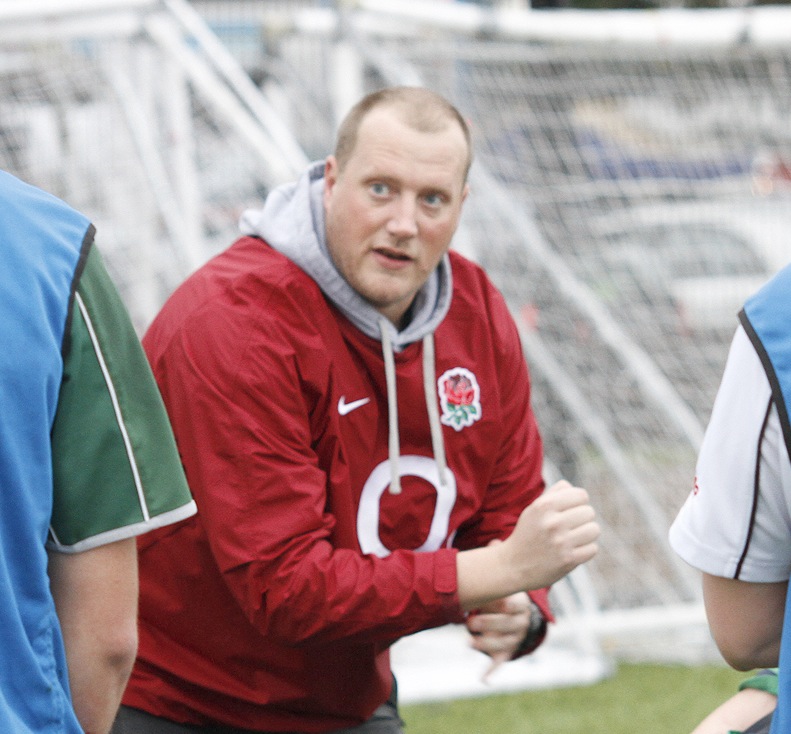 Portora 1st XV travelled to a sodden Lurgan College on Saturday morning, where conditions for playing open rugby were going to be difficult for their School’s Trophy semi-final. On paper both teams should have been evenly matched and this proved to be the case in a closely fought battle.

Both teams tested each other’s defences in the opening minutes, where ball handling was proving to be slippery. The deadlock appeared to be broken on the 10 minute mark when Portora fly- half James Stevenson saw a potential gap in the Lurgan defence and chipped through for Ali Crawford to chase and touch down. As Stevenson prepared his conversion kick the referee changed his mind, under Lurgan protest, and declared that the ball had crossed the dead-ball line and awarded a 22 drop-out to Lurgan instead.

This appeared to take the wind out of Portora’s sails and Lurgan capitalized on this let off. They began to pressurize Portora lines and after 20 minutes their pressure was awarded with a penalty within the Portora 22. As Portora stood, Lurgan Captain Dean Wilson took a quick tap behind the referee, and ran 10 metres to crash over the Portora line just to the right of the posts. Mark McIlwaine made it 7-0 with a simple conversion. Portora responded to this try, and came back at Lurgan, but failed to breach the Lurgan defence before the half-time whistle was blown.

Lurgan started stronger in the second half, and after a short period of play, they overturned possession through strong forward play, and Curtis Doak, the Lurgan flanker found himself in open ground running 30 metres to the line.McIlwaine failed to convert and Portora found themselves 12-0 down. Things could have got worse for the Fermanagh boys a short time later when Lurgan were awarded a penalty 25 metres out which slipped just under the crossbar.

As Portora attempted to get back into the game, their full-back Robert Connor, who had not put a foot wrong in defence, suffered an ankle injury and had to be taken from the field of play. Young Ryan Irwin came on to the Portora back line. Walker then made a number of other changes which resulted in Stevie Roberts and John Clarke bringing fresh legs to the game. This appeared to have immediate effect as Peter Stubbs kicked through and caused the Lurgan full-back to knock on giving Portora put in to a scrum 5 metres out. The Portora number eight, Eric Elliott, picked off the back of the scrum and drove close to the line. Two phases of play saw Ollie Gamble, Portora pack-leader, crash the Lurgan line out on the left. James Stevenson added the two points with a well-placed conversion kick.

It was now like watching an awakened Portora as their pack drove at their Lurgan counterparts and began to take control of the battle up front. Accurate kicking out of the hand added to Lurgan’s problems in defence, pushing them back into their own twenty-two.

With five minutes left on the clock, the Portora pack again drove forward, and after several phases, the pack carried Ollie Gamble across for a second well-deserved try, again out on the left hand side. Stevenson stood one kick away from taking the Portora side to the final. The Portora players watched as the ball slotted through the uprights and they had the lead for the first time in the game.

Lurgan threw all they had at Portora, but great play from Eric Elliott and Stevie Roberts in defence saw the clock tick down and a relieved Matty Coalter launched the ball into touch as the referee signalled no time left.

Portora now travel to Stevenson Park, Dungannon, on Wednesday 27th February 2013, 2.30 ko to face a strong Banbridge Academy side in the final of the Danske Bank Ulster Schools Trophy.