THE brother of Geraldine O’Reilly has spoken of how his family, and that of Patrick Stanley’s, have been “living with an open wound” since their loved ones were killed in the Belturbet bombing 50 years ago.
Anthony O’Reilly was with his 15-year-old sister on the night of her murder, having driven her into Belturbet for chips.
While he was waiting in his car for her to emerge from Slowey’s Chip Shop, the bomb exploded.
Anthony was seriously injured but would survive the blast. Geraldine, along with Patrick Stanley, would not.
He said: “For 50 long years our family, the Stanleys and others directly impacted by the bomb have nursed an open wound.
“We have been denied justice and accountability concerning who was responsible for the bomb and nor are we clear upon why it was done.
We were and are a non-political family, with relationships and friendships with people from across the community and also on both sides of the border. 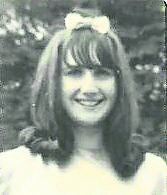 “There were awful cruel things done that year of 1972 and right throughout The Troubles, neighbours turned on neighbours and many people became estranged from one another, there was division brought which has never fully healed.
“As a family we have tried never to allow the events of that day to embitter us, we know that those who were involved in planning and also carrying out the bomb are not representative of a community.
“We appeal as a family who have been hurt for those responsible and others who have information concerning those events to come forward and do the right thing, surely you cannot live easily with the murders of two innocent children on your hearts and consciences.”
Anthony also states how the birthdays of his eldest daughter Caroline – the first of which came the day after Geraldine’s death – have been “tinged with sadness”.
He added: “I remember Geraldine as a beautiful sister who was always happy, who was at my side and loved nothing more than to accompany me when I would go out in the car for a drive, I brought her to her first dance at a local carnival, she would also have gone to football matches with me.
“Marie (my wife) and I were blessed to have her as an on call, live in babysitter for Caroline who was to have her first birthday the day after the bomb.
“Her birthdays ever since have been tinged with sadness.” 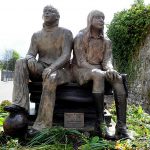 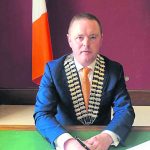