“I DON’T recall past gigs in Enniskillen,” admits comedian Neil Delamere, “but they must have been good craic because I only remember the bad gigs that I do.”

The Blame Game star is back on the road and bringing laughter across Ireland with his stand-up show titled, ‘Delamerium’ with the Ardhowen playing host to him on February 3.

Tickets have sold in their droves – so much so, Neil will be returning on April 27 to perform another show for those unlucky enough to miss out on next month’s gig.

While he can’t recall past shows due to the craic being mighty, Neil admits the Ardhowen is a venue he loves coming back to.

He said: “What I love about the gig in Enniskillen in particular is that people are really very close to you at the very front. There’s this brilliant atmosphere – it’s a very intimate gig and it’s a perfect size for messing around with the audience and chatting with the front row.

“The Ardhowen is such a great theatre – probably the most picturesque one. It has always been good craic to do.

“As for what I’m going to talk about, well the Protocol is the gift that keeps giving. When you look at Brexit you think ‘oh that is both economic and constitutional self-harm’. Then the comedian in you thinks, ‘yeah I can use that in the show’. It’s a terrible thing to do.

“The weird thing when you go on tour, it’s slightly different than filming an episode of ‘The Blame Game’ in which the material you use happens that week.

“When you tour, what happens in November might not be topical in April so you tend to stick to personal stuff and wider themes rather than this week’s news.”

Delamere is happy to be back on the road following the enforced two-year break both he and other entertainers had to take due to the Covid pandemic and the lockdowns that followed.

He added: “It was a bit strange there for a while. The restrictions would open up for a few weeks and you would try to go in a play to a place that wasn’t too big and be able to get the word out via a good emailing list and a website. You were just hitting places while you were allowed.

“Luckily, you could play somewhere be it north or south of the border, but mainly, it was about keeping the muscle ticking over because if you don’t do gigs in a while, you do get rusty – and that might not be as long as you think.

“The enforced hiatus has made me even more grateful for the actual ability to tour. Since we’ve been back and allowed to do gigs, the audiences have been great – particularly the first few months where there was this weird bond between audiences and performers. It was kind of like – on both sides of the stage – a feeling of ‘can you believe we’re allowed to do this again?’. It was weird but brilliant at the same time.

“My worry during the lockdown was that we were going to lose – and we did for a while – the newer acts who were not as established and couldn’t take an enforced break. Bigger acts who had been touring for years could welcome the break and use it to do new things such as TV and radio.

“For those comedians starting out and finding their feet, I was worried they would be lost to the industry. I’m hoping that those comics who had to find other work during the lockdown come back to doing stand-up.” 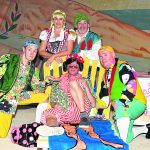 Panto’s back with a bang in Enniskillen 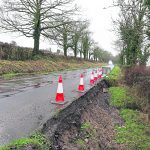 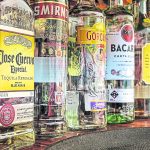