IT doesn’t come much tougher than facing the reigning Ulster champions and the 17-time winners of the Dr McKenna Cup in your first two games of a new season.

Tonight [Wednesday], Kieran Donnelly’s Fermanagh kickstart their year with an away trip to O’Neills Healy Park to take on Tyrone, followed by a crunch tie against Rory Gallagher’s Derry in Ederney on Sunday.

Before a ball has been kicked, both of Fermanagh’s opponents are heavily tipped for silverware later in the year, but manager Kieran Donnelly says his team won’t shy away from the challenge, even if the odds are stacked against them.

“The one thing about competing in the McKenna Cup is that we’re guaranteed to be playing top-quality opposition, no matter who you’re drawn against,” said the Brookeborough boss, “you’re going to find out where you’re at, at both ends of the pitch, and that is very positive at this time of the year.”

Tyrone are veterans of the Dr McKenna Cup. The Erne boss is relishing the challenge of taking on the Red Hands. 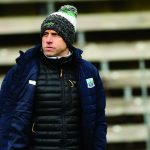