Enniskillen secured their first-ever All-Ireland Junior Cup semi-final last weekend in wet and windy conditions when they travelled to Tipperary and faced Kilfeacle and District RFC.

The opposition were former winners of the silverware and known to be a physical side, but Skins stepped up their physicality to see off a late surge from the home side after playing some excellent rugby throughout.

Two tries from Niall Keenan and one from Mark O’Shea, along with points from the boot of Eddie Keys, sealed the result in a tense 20-25 final score.

Ryan Cathcart, Enniskillen assistant coach was pleased with the victory which was a ‘big moral boost’ after a mixed league campaign so far.

“It is a great thing for us [to reach the semi-final],” he said, “it is a fairly young competition, but it is the first time that we have ever made it to the stage. It was a great occasion and we don’t play outside of Ulster very often, so to go down to Tipperary and see them step up was a massive encouragement.

“It was very important [to get the win], especially after losing to Derry in the league the previous week. I think if we’d lost, we’d have been at risk of a few heads dropping,” said Cathcart.

Skins got on the scoreboard early after claiming a penalty which allowed them to set up a lineout on the five metre line, battering their way over with the maul for Keenan to touch down, 0-5.

Kilfeacle responded showing their physicality and a strong blitz defence to pressure the Skins attack and eventually gained some possession. A kick at goal bringing them back within range.

The set-piece struggled as conditions worsened but the attacking ability with ball in hand of Enniskillen was exceptional. Strong carries from Rutledge, Carleton and Rooney in the forwards along hard runs from O’Shea at fullback kept the territory in Skins’ favour. 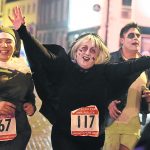 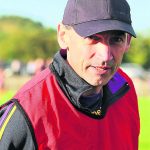 Smyth focused on task at hand