THE number of food parcels distributed in Fermanagh has surged by 77 per cent leaving the local organisation overwhelmed by the demand and pensioners being hit the hardest.
Compared to the same period in 2021, it’s an enormous rise, explained John Shades, manager of Enniskillen Food Bank, and one they could never have predicted.
“It’s incredible. It’s smashed any figures that we’ve had before,” Mr Shades said. “Combine this with the fact that the amount that people have given has gone down as everyone starts to feel the pinch, and it’s a terrible scenario.
“The cold weather hasn’t even kicked in yet when there will be a price hike in electric, gas and oil.”
Mr Shades found the hardship local pensioners were going through the most distressing.
“There has been a marked increase in elderly people coming to us for help as well. They really are fearful and it’s very challenging to see them suffering like this,” he said.
“When you see so many pensioners, who are generally good at budgeting, coming to us for help because they can’t make ends meet, it’s really, really sad.
“It tugs on the heartstrings more than anything else that is happening.”
Mr Shades said that with five months of the financial year still to go, the organisation has nearly reached the same amount of food parcels they’d given out in a year.
“It’s only going to get worse. As soon as it gets colder people will need even more support,” he said.
The number of food parcels distributed in Northern Ireland by the Trussell Trust, the UK’s largest food bank network, has risen by 25 per cent compared to the same period in 2021. The charity said the number of people using one of its foodbanks in Northern Ireland for the first time rose by over a third.
What has saved the day in Fermanagh is that local schools and churches held their annual harvest collection recently to help those in need, and Enniskillen Foodbank was the sole beneficiary.
“It has really boosted our stock levels,” Mr Shades said. “We’ll be able to put together Christmas hampers for those who need them. Last year we delivered 405 hampers, but this year it will be around 600.
“The other good thing is that people generally give more at Christmas. The community here is incredibly generous. They are just the best.”
You can donate by dropping off food at Enniskillen Food Bank, the Lakes Vineyard Church, 6-8 Cross Street, Enniskillen, or email: info@enniskillen.foodbank.org.uk for more details. 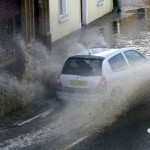