A DOCTOR who moved to Fermanagh a year ago has spoken of how happy he and his family are here, and is encouraging others to come to work at the SWAH.
As recruitment issues persist at the Enniskillen hospital, with the Western Trust looking overseas for medical expertise, the Herald has spoken to one SWAH cardiologist who moved his family from Egypt to Fermanagh exactly one year ago, and hasn’t looked back.
Dr Haytham Khalifa is a speciality doctor in cardiology. Originally from Cairo, he had been working in Kuwait when he came across the SWAH posting through an agency. After being successful in his application, Dr Khalifa, his wife and two children moved their lives to Fermanagh.
Dr Khalifa said the SWAH staff – from the HR team to clinical leads to cardiologist Dr Monica Monaghan, in particular – had made him feel welcome and at home from his first day on the job. He noted Dr Monaghan “always looks out for the needs of the people working with her”, both in their career and their personal life.
“She always made sure I was comfortable and progressing,” he said.
With regard the job itself, he said it had been a win-win situation, as he had been able to bring his own expertise to the role, while he had also been able to broaden his own knowledge in the field of cardiology.
Dr Khalifa dismissed the perception held by some young doctors that they wouldn’t see as broad a range of patients at the SWAH than in big cities.
“I see every kind of patient in the SWAH. I didn’t expect it, but the variety of patients and needs, and the flow we see, it’s nearly the same as in the big cities, but yet there is much less stress in the work environment,” he said.
“I can encourage them to at least start here, because there is much less stress than working in the bigger cities. Here the flow is good, learning is good, and the stress is less.”
With regard his family life, Dr Khalifa said his wife and two children – aged 12 and four – had understandably been apprehensive about such a huge move at first, but they had all settled in well and loved Fermanagh.
“It was a very big change, of course, a very different culture, very different weather. We felt in the beginning that it was a different planet, not only a different country,” he said.
However, he said they had been overwhelmed by how welcoming the local community was.
“We have travelled a lot, but we were very surprised by how friendly the people are here. Whenever you meet someone out walking, they have to speak to you, telling you anything about the weather, asking how you’re doing, it’s a lovely day,” he said, joking “you have to speak about the weather every day.”
While his wife had worked as a pharmacist back home, she had struggled at first being home with their children, but was now taking the opportunity to do things she couldn’t before while working. With regard his children, he said they were thriving now, joining local football teams and youth clubs.
Overall, Dr Khalifa said he would certainly urge other doctors to move to Fermanagh, which he said is a great place to work and live. 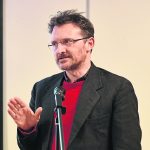 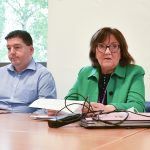