Sinn Féin have hit back at former DUP First Minister, Arlene Foster, for her tirade regarding the BBC’s coverage of First Minister-elect Michelle O’Neill’s meeting with new British King, Charles III.
The newly-crowned monarch was in Belfast last week and met with politicians of all sides – including FM-elect Michelle O’Neill and Assembly speaker Alex Maskey.
All three had a cordial discussion with O’Neill and Maskey offering their condolences to Charles III for the loss of his mother, Queen Elizabeth II who died last week, while the new King congratulated O’Neill on Sinn Féin becoming the biggest party in the Assembly at Stormont.
However, former Fermanagh & South Tyrone MLA Foster slammed the media coverage of the meeting between the King and the Sinn Féin representatives.
In her column in the Daily Express, she wrote that one could “be forgiven for thinking the visit was about them (Sinn Féin) and not marking the death of our sovereign and the first visit of her successor”.
The former First Minister went on to say: “Inside the (Hillsborough) Castle the politicians had assembled and much has been said (far too much in my view) about the meeting between Sinn Fein members and the new King.
“For anyone who covers and knows Northern Ireland, this is not really big news, as Sinn Fein members have met both the late Queen and the new King on many occasions.
“The coverage got so intense about Sinn Fein on some mainstream broadcasts that you would be forgiven for thinking the visit was about them and not marking the death of our sovereign and the first visit of her successor.”
However, a spokesperson for Sinn Féin insisted that this was a time for reflection and respect, saying: “Sinn Féin offered our sincere sympathies and condolences to Queen Elizabeth’s children, her extended family circle and the British people as they come to terms with their grief.
“Queen Elizabeth made a significant contribution and determined efforts to advance peace and reconciliation between our two islands.
“Throughout the peace process she led by example in building relationships with those of us who are Irish, and who share a different political allegiance and aspirations to herself and her Government, and who wish to exercise our right to self-determination based on consent to achieve reunification and a shared island for all.
“This should be a time for reflection and respect.” 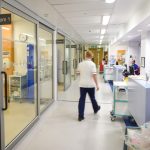 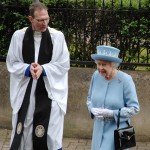 Queen Elizabeth II has died at the age of 96