WITH a bank holiday confirmed for the state funeral of Queen Elizabeth on Monday, further arrangements have been announced for local services.

Earlier today the Western Trust stated it will be trying to minimise disruption to patients, with a number of appointments and services going ahead, however GPs and dentists will be closed for the day. For more information on the local health service arrangements for Monday click here.

Now, a number of other local services have announced its arrangements for the unscheduled bank holiday. These include school bus services, bin collections, MOT appointments, driving tests closures of local benefits offices, and cancelled court hearings.

Here are the services that have confirmed changes or cancellations so far:

All DVA test centres will be closed on Monday, September 19. The agency has said it will contact all those who have an appointment or driving tests for Monday to reschedule their tests at the earliest opportunity.

The Department of Infrastructure has confirmed all on-street charging will remain in place on Monday.

Bins due to be collected on Monday will instead be collected this Saturday, the Council has stated. Households are asked to have their bins out by 7am on Saturday, and are also asked to their their family and neighbours who may not be on social media know about the changes.

Translink has confirmed its school bus services will not be running on Monday, following advice from the Department of Education that it will be treated as “an exceptional closure day.”

Translink said it would be providing further updates on general travel arrangements in due course. For more information and updates follow @Translink_NI, visit www.translink.co.uk or call 028 90 66 66 30.

The Department of Communities has said the holiday will not impact benefit payments.

However, all Department offices, including the Jobs and Benefits office, will not be opening and appointments will be rescheduled.

Health assessments and the Appeals Service will also not be operating on Monday.

Most court hearings scheduled for Monday will not be taking place, which would include Monday’s sitting of Enniskillen Magistrates Court. Normal operations will resume on Tuesday.

However plans are being put in place for emergency court sittings and urgent business if required. All Courts and Tribunals business that was due to take place on 19 September is being rescheduled, with the parties notified. 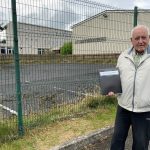 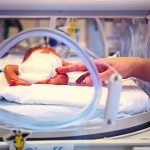 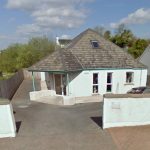 Why the Trust didn’t take over Roslea GP practice