FERMANAGH and Northern Ireland footballer Kyle Lafferty has called for a blanket ban on betting companies in sports as he opened up on his own personal struggles with a gambling addiction.
The striker who is currently playing with Kilmarnock in the Scottish Premier League told the Pint and Two Shots podcast that a complete ban in all sports for gambling companies was needed if the problem is to ease up.
“When I first came out it was a massive weight off my shoulders. I’d love to come up with something that stops betting companies having any say in football,” Lafferty said.
“For anyone, but especially footballers because they are in the limelight, there’s always help available. The backing and support you get will be mind-blowing for yourself.”
Lafferty from Kesh said he initially didn’t get help for his addiction for fear it would end up in the media and people would look at him differently, causing him much embarrassment.
He told the podcast how he left Gambling Anonymous meetings only to bet again straight after he left them.
“I went to my GA [Gamblers Anonymous] meetings and they helped me massively. You meet normal people who aren’t going to judge you,” Lafferty said. “That was the biggest thing that stopped me from getting help before this; going to meetings and it getting in the press and stuff like that. People looking at me in a different way and being embarrassed [about it] basically.
“If anyone wanted to come to speak to me, even if I played against them or anything, I’ll always help anyone no matter who they are or where they are from.”
Lafferty’s call for a complete ban on on gambling companies’ involvement in sports was music to the ears of local campaigner Pete Keogh, who has been fighting to change the gambling addiction laws in the North.
After his son Lewis died by suicide in November 2013 because of serious gambling addiction, Pete and his wife Sadie established the Gambling With Lives charity which has been campaigning for a change in the archaic gambling addition laws in Northern Ireland.
“It’s great that someone with a high profile like Kyle has come out and said that something should be done about this,” Mr Keogh said.
“He’s had to battle through a gambling addiction himself and knows the temptations that are there on a daily basis.
“What Kyle said is important and timely, but there is much more work to be done if the issue is to be addressed properly.” 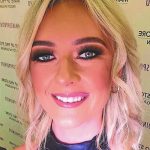