All good things come to an end but top showband Clubsound will be ending their five-decade-long career on a high.
The band were meant to have played their 50th anniversary tour two years ago only for Covid and lockdown to intervene.
But now, their final swansong tour is underway with Enniskillen to see them one last time at the Ardhowen Theatre on Saturday, September 24.
It’s been a remarkable journey for the band but did founding member, George Jones, ever think he’d be preparing for this moment 52 years ago?
He said: “To tell you the truth, the whole thing was so flippant in the beginning. I was asked to put together a resident band for the Abercorn Cabaret Club in Belfast back in 1970.
“I duly got some musicians and guys round me, we rehearsed and got the thing ready. I told the owner, Dermot O’Donnell, that we were ready to go but that I hadn’t thought of a name for the new band.
“He just turned round and said, ‘Call it anything – you’re going to be playing in the club so why not call it Clubsound?’.
“That’s how flippant it was – although little did I know that it was going to become a household name and last for fifty-two years.
“We went on to be the resident band in the Abercorn for the next two or three years. Of course the Abercorn was bombed (1972) and we were in great fear for our families.
“However, the band had so much popularity by then and agents were telling us that we should go to England as they reckoned that we were as good as any of the acts over there.”
After playing some shows in England and touring the cabaret scene in South Africa for a year, the band returned in 1973 where their career took off playing sell-out shows across Ireland and the UK and had six top-selling albums.
Clubsound are no strangers to Fermanagh having played many a sold-out show and are hoping for one last packed Ardhowen audience.
Jones added: “Fermanagh was always a dear love to us. We used to go down to Enniskillen and play on a Friday and a Saturday night in the Ardhowen.
“Both nights were packed. People came from all over – many were coming from Belfast down to the lake with their boats and it was always a wonderful weekend.
“Enniskillen’s always been very, very good to us. We were always worried if we would fill the Ardhowen but it was packed most nights.
“It was that time when the lakes were popular with European and American tourists. People were arriving in the boats at this beautiful pier by the lake and it was wonderful.
“We were meant to celebrate our fiftieth anniversary two years ago but because of Covid, we’ve had to wait a couple of years to do that.
“During that time, we’ve become a band of brothers. I don’t think we’ve had anything other than a heated discussion during that time but we’ve always managed to sit down and resolve it.
“The friendship and brotherhood of the band is still there but we’ve all decided ourselves to go out on a high instead of petering out.”
Clubsound are playing at the Ardhowen Theatre on Saturday, September 24 at 8pm. Tickets are priced at £21.50 and can be bought at: https://ardhowen.com/show/clubsound/ 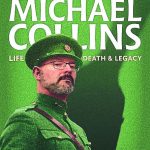 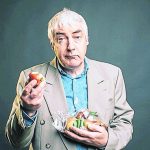