FEARS are growing that thousands of Fermanagh families may struggle to survive the winter, as the cost of living crisis continues unabated.

With apocalyptic predictions of further eye watering energy increases in the months ahead, and the price of other basics such as food spiraling, there is palpable concern people will struggle to heat their homes and buy food as the temperatures drop.

Indeed, one recent study by the University of York forecast that the majority of households in the North – 71.7 percent, accounting for over 1.4 million people – would be in fuel poverty by January, while a LucidTalk opinion poll revealed over 90 percent of people in the North had already been forced to cut their spending.

One local charity well experienced in helping many in the community get through tough times, Enniskillen Foodbank, has seen demand for support already surge, even though we’re still in summer.

Manager John Shades said he dreaded to think what was to come in the months ahead.

“Everyone of our locations is busy,” said Mr Shades, referring to the fact the foodbank runs outreach services across the county. “The amount of stuff we’re putting out is unbelievable.”

He continued, “Thankfully, it’s summer now, but the kids go back to school in less than a fortnight now. When that happens we will see an increase and then, obviously, coming up on the winter time. I think it’s going to be busier than we’ve ever been before.”

Noting the shocking cost of fuel and energy at the moment, which are only set to grow further, Mr Shades added, “I genuinely don’t know how people who are working will make it.”

With demand for the foodbank already rising, Mr Shades said the pressure was being compounded by the fact that local food donations have dropped, as everyone feels the pinch.

“People are still donating, but I wouldn’t say to the same level,” said Mr Shades. “Don’t get me wrong, the people here are wonderful, but I have really noticed a drop.”

He added the drop in donations to the service, which is run by volunteers and relies on local support, was a significant cause for concern.

“If it’s like that now, what’s it going to be like come October and into the winter,” he asked. 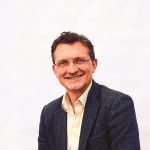