THE NEW chairman of Fermanagh and Omagh Council, Cllr Barry McElduff, has said he want to re-open Enniskillen Townhall to the local public, to allow people to experience its strong sense of history and heritage.

while he was more familiar with the Omagh-side of the district, he was very impressed with the Fermanagh area and continues to learn more about the county through meeting people.

“I’ve realised the Townhall commands great interest in both the county and Enniskillen itself. I know others will have realised that a long time ago, but I have a greater sense of it now,” he said.

Referring to discussions with Chief Executive Alison McCullagh who Councillor McElduff said “We are working to maximise the opportunities of peoples’ experiences of the heritage and civic importance of the Townhall. People get sentimental and talk about their family members dancing in the Townhall. Others talk of Frankie Roofe‘s guided tours of the building.”

He continued: “To have a civic building of this quality and value, in the centre of a major town is quite something and the Chief Executive shares this vision. There’s sense of history, heritage and belonging. There’s also tremendous tourist interest and we’ll hear from officials in due course about how we could exploit that, in the same way as the Guildhall in Derry or Belfast City Hall and other places of such note.”

Councillor Sheamus Greene, Sinn Fein agreed stating the Townhall: “Is a historic and fantastic-looking building as the civic centre of Enniskillen. When I first came on to council, I remember the door was locked to people passing by and I proposed it would be open and welcoming, which it now is. While Covid stopped that for a time, hopefully we are now at the tail-end of the pandemic, and I would be delighted to see the Townhall open again.”

He recalled the stairwell area being used to host works by local artists and: “Issues such as that and other items such as museum pieces could be highlighted in the Townhall. I’m not sure if any of my ancestors danced here but I’m sure if they did they were fantastic at it. I’m a bit of a twinkle-toes myself and if there’s ever a dance, I’ll be at it to show off my talent.”

Ulster Unionist Councillor Howard Thornton was also in agreement adding: “I have had relatives who danced in the Townhall, but I’m not so sure I’d be as good as Councillor Greene claims to be. But there is a great history and a great focal point in Enniskillen town.” 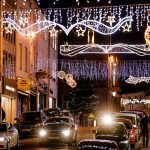 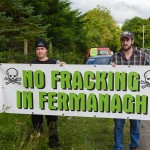