THE FAMILY and friends of Katie-May McDermott and Nicola McGovern are to take to the skies in the coming months to raise much-needed funds for mental health support in the local community.
The entire county was left shocked and stunned last July by the sudden death of 16-year-old Katie-May, with the popular Lisnaskea Emmett passing away barely a year after her beloved aunt Nicola, who died suddenly on May 1st, 2020 at the age of 32.
Since the tragedies, grassroots efforts have been underway in the Lisnaskea area, particularly by the Emmetts, to help bring better mental health supports to the community.
Now, as the family approach Katie-May’s first anniversary on July 10th, her family and friends are preparing for a skydive to raise money to support both the football team’s efforts as well as the Aisling Centre in Enniskillen, which has been helping them through their grief.
The brave souls taking on the skydive will be Katie-May’s father, Gabby McDermott, family friend Tomo Mulligan, and two of Katie-May’s closest friends, Erin Wray and Caintlin Bannon.
It will be an emotional event for all involved, with the jump itself taking place at Wild Geese on June 18th, Katie-May’s birthday.
Katie-May’s mother and Nicola’s sister, Brenda McGovern, said the family had been overwhelmed with the generosity shown by the community so far. Having just set up a Go Fund Me page last week, they have already raised well over £5,000 within a week of going online.
“People have just been so generous, it’s unbelievable,” said Brenda. “We’ve been overwhelmed by it. People are getting things tight enough, we weren’t expecting it to go so high.”
Brenda told the Herald they had chosen the Lisnaskea Emmetts as one of their two chosen causes not only for the work the club had been doing in the community since Katie-May’s passing, organising mental health workshops and talks, but because she was a life-long member of the club.
“Katie-May was a big part of the Emmetts, and they were so good to her over the years,” said Brenda, adding the family wanted to “do something to give something back for all the years she was with them.”
With regard the Aisling Centre, the family is supporting the local charity not only because of its vital suicide prevention work it but because of the counselling it provides to grieving loved ones.
“After Nicola died the suicide bereavement counsellor rang me and I thought, ‘no, that’s not for me,’ but she was really persistent,” Brenda recalled.
“Then after Katie-May died she contacted me again and I felt that bad at the time I said I’d give anything a go. She was absolutely fantastic.”
Aside from the Go Fund Me page, the family will be printing sponsor sheets for in-person donations, and will be holding a number of other fundraising events, such as a bag-pack at Asda on April 16th.
To donate online visit www.gofundme.com and search for ‘KatieMay & Nicolas Sky Dive Fundraiser’, or click here. 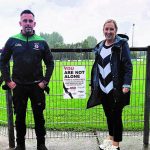 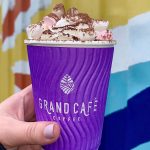