THE FUEL crisis is hitting home hard in Fermanagh, as the Russian invasion of Ukraine sends the world market into turmoil.
The price of both home heating oil and fuel at the pumps has continued to skyrocket this week, hitting record highs everyday. Now the predicted shortages are starting to be felt in Fermanagh, too, with some local companies announcing this week they could not take any new orders for the time being.
However, householders have been warned to be patient and not to panic buy, with “plenty of oil to go around everybody” if managed properly.
Garry Jennings is from Jennings Fuels and Lubricants in Kesh, one of a shrinking number of local fuel depots to currently have a constant supply of oil. He said this was because the company has its own transport to take stock from the depots in Derry and Belfast.
The company was also the first in the county to restrict its deliveries to 500 litres at the onset of the current crisis. Mr Jennings said the reason they did so was simple.
“Not that there’s anything wrong with it, but you have companies or people with two or three oil tanks, maybe well-to-do people who would just ring to get their oil tanks filled up,” he said. “But that’s not fair on Mrs O’Reilly who lives in a wee cottage and can’t afford a big amount of oil because everyone else is buying up the oil.
“So if we restrict everybody, within reason, to 500 litres, there’s plenty of oil to go around everybody.”
With regard the supply issues, Mr Jennings explained oil and kerosene was brought to the UK in large ships, which then had to be transferred to smaller ships to be transported to the North as the terminals in Derry and Belfast are not equipped to take in the large tankers.
Mr Jennings explained a third larger terminal had been given the go-ahead at Cloghan Point, which could received the large shipments directly, but had been delayed for decades.
“This has been coming for years, and it’s just the fact that the war has come now,” he said, noting the North was 70 percent reliant on oil.
“There are ships coming into the UK from South America today, if Cloghan Point was open we could put that ship in and have that fuel in Fermanagh in 48 hours, instead of three weeks.”
Mr Jennings also noted the depots in the North only had enough storage capacity to store several days’ supply.
“There is a shortage,” he said. “There is always a shortage in Northern Ireland, but it hadn’t come to a head [until now].”
Mr Jennings urged people not to panic buy, stating that would only worsen an already volatile market which he said would eventually settle down.
“Don’t forget we’re in March now, we’re coming into the better weather,” he said. “If the thing starts to turn it will fall. It might not happen for a while, but it will fall.” 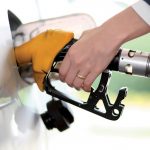 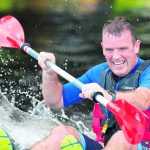 Fears for the future of FEARmanagh