A FERMANAGH woman has been given a conditional discharge for kicking out at two police officers who were arresting her.
Caoimhe Walsh (23), of no fixed abode, appeared at Enniskillen Magistrates Court on Monday via videolink from Hydebank Prison.
She pleaded guilty to two counts of assault on police and one count of possession of a Class C controlled drug.
The charges arose out of an incident on the night of February 2 this year, when police were called to Walsh’s address after security company G4S alerted officers that she may be in breach of her bail from another matter.
When officers attended the scene and attempted to arrest Walsh, she kicked two of them.
The defendant was also searched and she was found to have the Class C drug Pregabalin.
When interviewed she
made admissions to the charges.
Defence solicitor, Michael Fahy said Walsh suffered from mental health issues.
She also received medical treatment following the incident.
Mr Fahy noted neither officer suffered any injuries, and asked the court for credit for Walsh’s early guilty pleas and lack of relevant previous convictions.
Deputy District Judge, Trevor Browne said the incident would have been “extremely unpleasant” for the officers carrying out their duty.
Judge Browne gave Walsh a 12 month conditional discharge, meaning she will avoid a criminal conviction for the charges if she does not reoffend in the next year. 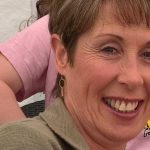 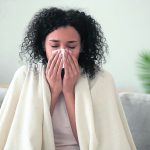