LIAM Killen from Lisnaskea was treated to a special surprise when he was afforded an audience with Manchester City football star Raheem Sterling, albeit through the laptop screen!

Liam is a devout Manchester City supporter now,but he had divided loyalties with another football giant as a youngster.

“I’ve supported Man City for about 13 years and some might joke that it wasn’t my first club I followed. I once got a Liverpool jersey for one of my birthday’s as I liked Steven Gerrard and my brother was a Liverpool fan. There is a picture floating about of me wearing it which is quite funny!

“However, when I really got into football, I was turned by my other family members from Manchester who have lived there their whole lives and are season ticket holders for years. They told me to get my act together and follow a proper football team. From then on, I’ve been to loads of games, seen them lift many trophies and followed religiously the team that I love, Man City.”

As a devout City supporter, Liam signed up to become an official member of the club. Through his membership, the Lisnaskea man gets discount off tickets to matches, events and off merchandise in the club shop.

Last week, he was selected to have a FaceTime conversation with one of the City players, and it turned out to be Raheem Sterling.

Liam said it ‘felt surreal’ to be on a chat call with the Man City legend.

“I received an email stating that I was one of four people chosen and I was just over the moon. I didn’t actually have any idea who the player was going to be until I joined the call but I was so buzzing regardless of who it was.

“At the start, it was me and the three others who were selected and the presenter. We all got to chat loads about the club and different thing and then [Raheem] Sterling came on about 45 minutes after and I was so shocked. It only hit then that it was him and I was actually on a call with one of the most famous English footballers in the Premier League!

“We each got to ask him two questions and at the start, you could tell that he was struggling to understand my strong Fermanagh accent so he really had to pause and think about what I asked. In the end, it was fantastic. We chatted for a good 30 minutes and it was just such an amazing thing that I will remember for years.”

Just before the call ended, Liam received another surprise when the Man City attacker said he would be sending a signed jersey to each of the participants on the FaceTime chat.

Liam has already selected where the jersey is going to sit in his house!

“The organisers explained that Raheem Sterling would sign jerseys for each of us and send them in the post as another gift from the competition prize. The jersey has arrived and I’ve decided that I’m going to get it framed and hung up on my bedroom wall beside a painting that I already have of former Manchester City captain and legend, Vincent Kompany.” 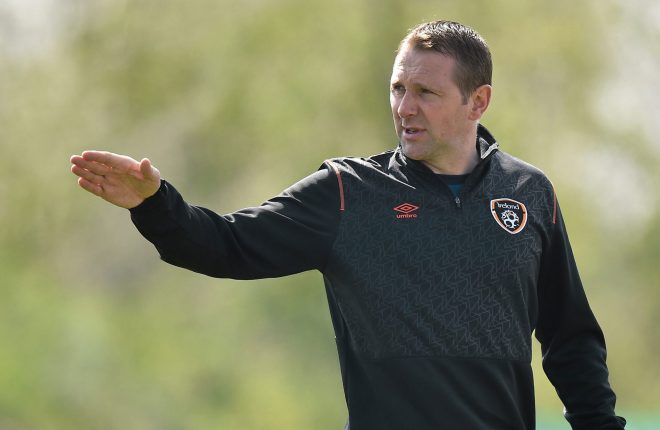 Aghadrumsee man and Republic of Ireland under 19 manager Tom Mohan played his part in the senior team's drive... 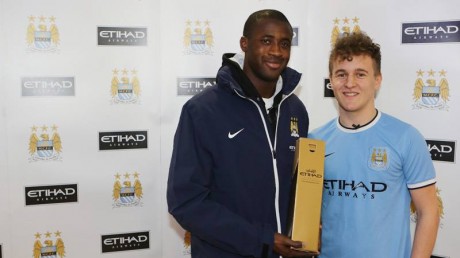