MARK Stafford admits he was pleasantly surprised to be offered a new contract at Linfield especially during lockdown.

The Ballinamallard man has signed a one year extension which will keep him at Windsor Park until the end of the 2020-21 season.

The offer of a new contract will be viewed as just reward for another strong season by Stafford, who turns 33 in August. The all-action defender was a key member of the squad that has established a four-point advantage at the top of the Premiership before the season was brought to a shuddering halt by the coronavirus pandemic.

The former Ballinamallard United captain was also one of Linfield’s goalscoring heroes in their Europa League qualifying campaign in which the Blues just missed on reaching the Group stages.
After penning his new contract Stafford admitted that he thought his time might have been up at the Blues.

“To be honest at the start of last season I thought this would be my last year,” said the strapping centre-back.
“I didn’t think they would keep me on another year although my form has been good this season. I got a few small injuries but that apart I have played reasonably well.

“I stayed relatively injury free and the manager said it was an easy decision for him to offer me another contract. I was very surprised. He rang me during lockdown and it came out of the blue. That was when I would have least expected it given the current financial climate.

“I’m going to give it a rattle for another year and see how the knee will carry.”
Stafford has had his fair share of injuries during a long career with both Ballinamallard United and the Blues and a few seasons back a troublesome knee problem threatened to cut his time at the top level short.
However his training at Linfield has been adjusted to take that into consideration and while the uncompromising defender accepts he is now on burrowed time playing in the Premiership he believes he still has plenty to offer.

“I would definitely say this season was a bonus season and this coming season whatever I get out of it will be the same,” he continued.
“With the knee Linfield have been managing my training and I was thinking that they are probably just trying to get me through this season. But they obviously think I can still offer something and I still believe I have something to offer or I wouldn’t have signed the contract.”
Stafford said lockdown had taught him not to take playing for a club like Linfield for granted and to cherish every moment playing at the highest level.

“I have spoken to a few guys who have retired and they all tell you the same thing and that is to try and stay at the top as long as you can,” he added.
“I think I’ll know myself when is the time is right to walk away rather than someone telling me to do it. That’s the way I feel about it.

“We have had a break for a few months now and while I never take football for granted anyway I’d definitely say I’m missing it.
“I don’t feel it’s my time to leave the game at the minute, I still think there is another good season in me if I can stay injury free.

“A lot of people have done a lot of thinking during lockdown in all walks of life in regards to work, family and what not. It has given people time to think about things and I definitely wouldn’t like to be in a situation now where I’d be contemplating leaving Linfield.
“I’m not ready to leave Linfield yet but maybe this time next season will be different. 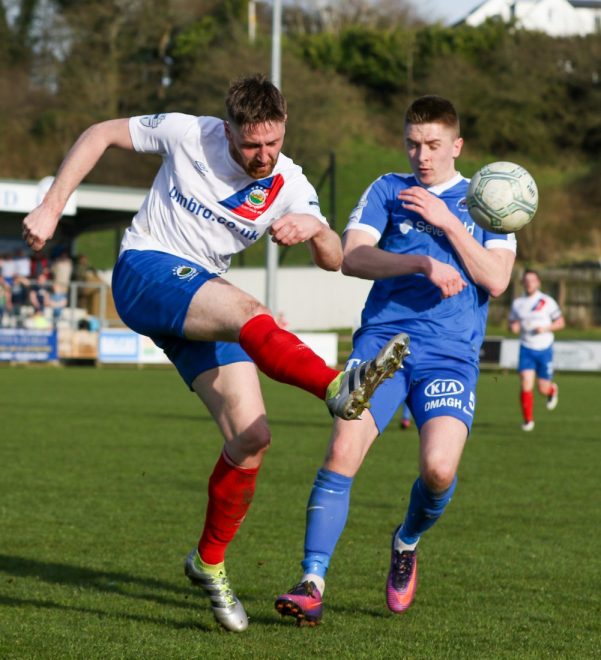