Advertisement
HomeSportSoccerMallards season over  without promotion
Advertisement
It looks as though Ballinamallard United’s excellent season has come to to an end without promotion.
Club chairman Tom Elliott said he was hugely disappointed but not totally surprised that Ballinamallard United are likely to miss out on promotion after the Northern Ireland Football League (NIFL) announced that the Championship season was finished with immediate effect.
Clubs were informed of that decision before a meeting of club delegates on Tuesday evening and were told that final league positions would be determined by using a mathematical curtailment model.
From the Mallards perspective the key element of that decision was that there would be no promotion play-off between the team second in the Championship and second bottom in the Premiership.
As things stand Harry McConkey’s team is six points behind leaders Portadown with a game in hand and that will surely mean it’s only a matter of time until Matthew Tipton’s Ports are officially crowned league champions.
A disappointed Elliott sees no other possible outcome.
“To tell you the truth the last wee while I was nearly expecting anything,” he said.“I’m not really shocked.
“No matter what mathematical model you come up with how could it take us above Portadown. There is no calculation I can see that would make that happen.
“I fully understand that NIFL were in a difficult position over this. My issue is that this model has been designed to get them over the line in terms of teams qualifying for Europe.
“Whatever gets in the road is a side issue for them, if you know that I mean.”
Elliott admitted that the last number of weeks had been frustrating for not only the club but everyone involved in local football.
He said he was partcularly disappointed for manager Harry McConkey and his players who he said had worked extremely hard to get themselves into a position were promotion was a possibility.
“I’m extremely disappointed for Harry and the boys, they put in a lot of effort this year,” he continued.
“ I’m really disappointed for them and our supporters. And, of course, as a club when we came so close. It makes it more diffucult to take.
“We would have backed ourselves in a play-off. I always think that in that situation it’s nearly always easier for the team that has been doing well in the Championship against a team that has been doing poorly in the Premiership.The momentum is with them. But it isn’t to be. For quite a while I have detected that there was no enthusiasm for a return to action in the Championship.” 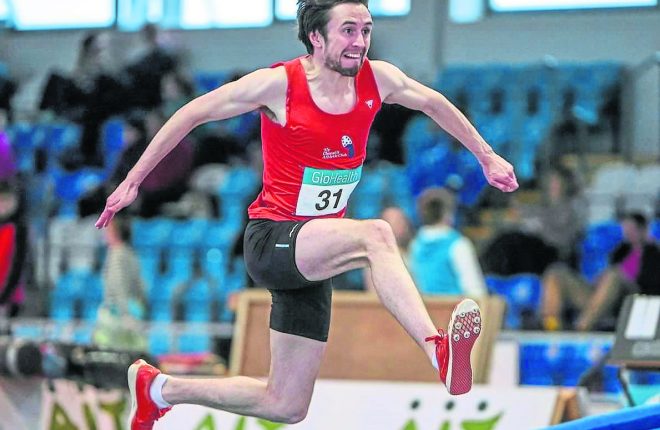