Advertisement
HomeHeadline£10,000 – Council spend talking about Brexit last year
Advertisement
THE COUNCIL has spent more than £10,000 talking about Brexit in just over a year.
It is now considering stopping or reducing the number of meetings it holds on the issue because, essentially, no one knows what is going to actually happen with Brexit.
In a report that was due to be presented to the Council’s regeneration and community committee last night (Tuesday), it was revealed that since its Brexit committee was formed in December 2018 it had met every month, with the exception of last August.
The reported stated the cost of the Brexit committee’s meetings, so far, had been £10,260. That works out at around £930 per meeting.
Part of the reason the meetings have been so costly is that the committee members, who are local councillors, had regularly requested delegations from various groups and agencies to inform the Council on the impact that Brexit would or could potentially have on the community.
During its 13 meetings so far the committee has heard from numerous delegations, including representatives from the NI Rural Women’s Network, the Ulster Farmers’ Union, South West College, Newry and Mourne Co-operative and Enterprise Agency, Leitrim County Council, and the Department for the Economy.
Last night, councillors were to be asked to consider the future of the Brexit committee.
“Members are aware that on January 31st, 2020, the United Kingdom left the European Union and the transition period has now commenced,” a report on the committee stated.
“Currently there is very limited information regarding the scenarios which could emerge at the end of the transition period.
“In light of this, and as the majority of delegations requested by the Committee have now been facilitated, members may wish to consider whether monthly meetings of the committee are still required, or whether it may be more beneficial to move to bi-monthly meetings, until more information was available.”

New role for doctor at SWAH 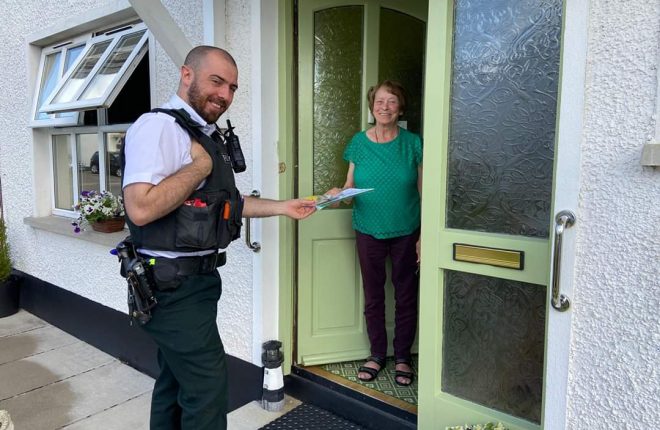 Fears Covid crisis could result in a hard Brexit border

New mums’ baby joy in the middle of a health crisis