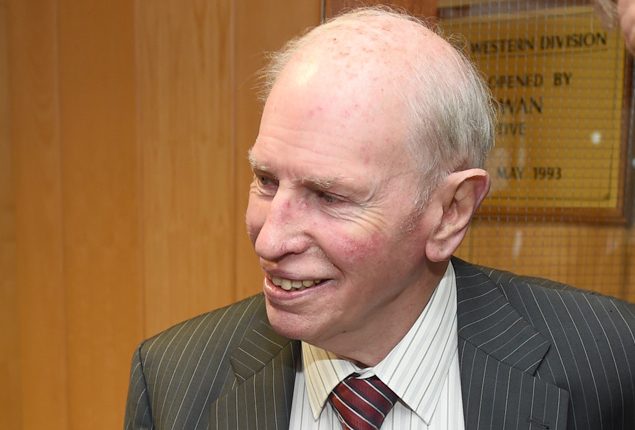 FIANNA Fail could make a go of it in Fermanagh, but not in time for the next council elections.
That’s the view of former SDLP party councillor John O’Kane, who was responding to recent reports the southern party were in negotiations to join forces with the SDLP to contest the upcoming council elections.
“That has been mooted for some years, in fact at one stage a few years ago it was very much a possibility. It came to naught,” he said. “It’s coming up again, the idea of a possible joint party approach to the next council elections. I think that’s doomed to failure.”
Mr O’Kane explained why he didn’t believe it could happen for the next round of elections, but could in future.
“If they do come up here they would need to do quite a lot of work on the ground. I think it’s probably a bit late for this council election. You can have all the aspirations in the world and everything else, but you need to do the work on the ground and set up an organisation.”
Explaining there were some members of the SDLP who would lean more towards Fine Gael, including some here in the county, Mr O’Kane said there were many more who would indeed look to Fianna Fail, as opposed to its official sister party, Labour, which he said had been “gobbled up” by Sinn Fein.
“I would say the majority of the country people who are SDLP or ex-SDLP would probably plump for Fianna Fail because they see they are most akin to them,” he said.
“Personally I would say Micheal Martin in the south has been the person who, despite a lot of opposition even in his own party, has stuck to his guns and has said he will not get involved with Sinn Fein, and he stood up to them and exposed them at every opportunity.
“He is the only person I see who could make some impression in the North.
“He doesn’t hang around to see what why the wind is blowing, and that’s the sort of person you need.”
With regard to the SDLP in general, Mr O’Kane said his former party could do well at the next council elections, early next year, as it had some excellent local candidates. At Stormont or Westminster level, he said it was a different story.
“Let’s face it, the realities of life in Northern Ireland now are, you can talk all you want about policies but any election from now on, given Brexit has accentuated it, any future election is the equivalent to a border poll almost. It’s us and them, unfortunately, and everyone else gets trampled under foot.”