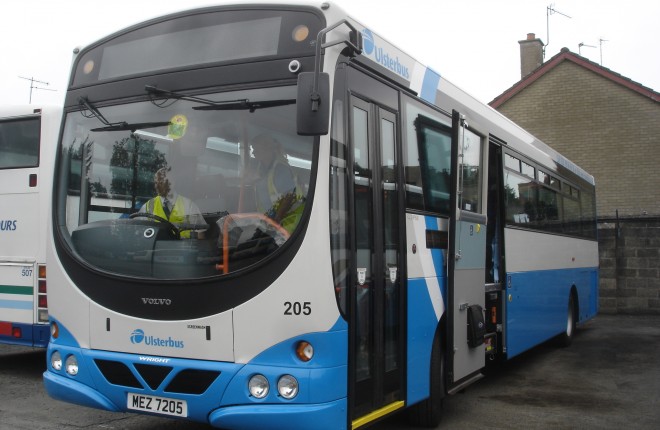 Some rural bus routes could by axed

MORE changes to rural bus routes have raised fresh concens about dwindling services in rural areas of Fermanagh.
One of the few daily Ulsterbus runs from Enniskillen to Pettigo is to be scrapped, and the Roslea bus time is to be moved to a time that will likely suit less commuters, as part of a range of changes to bus timetables announced this week by Translink.
From Monday, September 3rd, the 194d service from Pettigo to Enniskillen, that left at 1.15pm, will no longer operate. Translink have said this will be replaced with an extra 99 bus from Belleek to Enniskillen at 1.30pm.
The Enniskillen to Roslea, the number 95, which had left the town at 5.45pm and accommodated workers and students, will now leave at 5.10pm, prompting concern even less people will now use it, which could lead to it being taken out of service in future.
In addition, the Enniskillen to Clones route, also number 95, will change from 5.10pm to 5.45pm and from 6.05pm to 6.35pm.
While the semi-state company has said the changes are what commuters want, and have said they are “enhancements” based on customer feedback, those living in rural areas have already begun to question the decisions.
Cllr Micheal Naughton, who is the local councillor in the border village, said he was very disappointed to hear the Pettigo bus was to go.
“We already have a serious issue of post offices being closed and everything, this is just more cuts,” he said. “A lot of people don’t drive, and rely on services in the towns. How are they supposed to get there? All we’re doing is isolating them at every opportunity.
“I will be calling on my colleagues on the far side of the border to be speaking up on this, and I will probably look to have a meeting with them in relation to this.”
Down in Roslea, Cllr Brian McCaffrey, said any cuts to the local bus service would have a knock-on effect.
“Obviously when you cut buses or threaten to cut buses in a peripheral area like Roslea you’re attacking rural communities.” he said. “There are people in the community who depend on those buses. That needs to be recognised.
“We’ve already established there’s been a fall in population in the area, and further cuts to any service, regardless of what it is, will only force that on further.
“We’ve a population that is growing older, and all of those things combined put Roslea under pressure.”