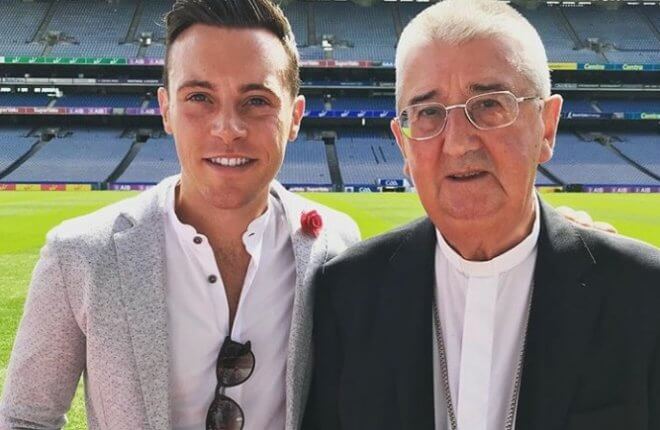 IT’S been a crazy week for Enniskillen’s Nathan Carter.
The country music star has just been announced to play in front of the Pope on his visit to Dublin and released his brand new single, ‘Winnie O’Neill.’
Last week, Nathan announced he would be singing the REM song ‘Everybody Hurts’ during a two hour Festival of Families event in Croke Park during Pope Francis’ visit to Dublin on August 25th and 26th.
Other stars announced among the line-up include Daniel O’Donnell, a 1,000 strong choir, Riverdance Troupe, Paddy Moloney of The Chieftains, Moya Brennan of Clannad and The Priests.
Speaking about the performance of his career, Nathan said, “I know it is going to be a massive event, and it will go down in Irish history so I am privileged to be involved.
“There are going to be international acts coming here which haven’t been revealed yet, and I am just delighted to be a part of it.”
Before he heads off to Dublin, Nathan is taking to the stage at the Shoreline Festival in Enniskillen, and he is urging local people to come out and support the gig.
Nathan explained, “This is a festival that I am really looking forward to. I love Fermanagh, the place and the people.
“Enniskillen is a great town and I think it is great that there is a festival coming to the town.
“There is a diverse line up of music from pop to rock and country. I think it will be great for the town, and for the businesses in the area – the hotels, the bars, the food industry and even the taxis. I am hoping that people will support it – it great for a town like Enniskillen to host a festival like this and it would be good to see this become an annual event.”
Nathan has been based in Enniskillen for the past five years, settling here after moving from Donegal, and has since been joined by his younger brother Jake.
“I used to sit at meetings looking out at the water thinking I would love a boat up here so I ended up moving.
“It used to take five or six hours coming home from gigs from Cork or Kerry but I can now be in Belfast in an hour and a half and Dublin in two hours – so it is an ideal location. I really love living here, and I have spent many great days on Lough Erne.”
Nathan has also just released his new single ‘Winnie O’Neill’ which is a song that he wrote about his great grandmother, and is sure to be a popular song when he takes to the stage in Enniskillen.