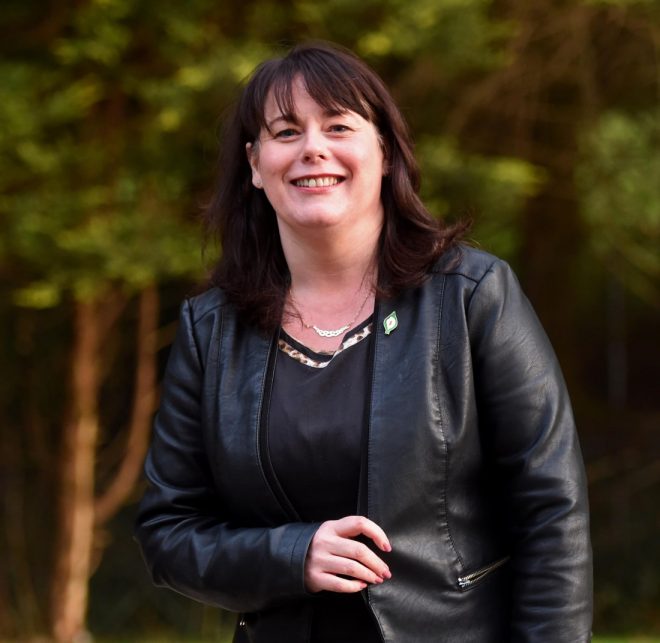 WHILE the latest polls may not be heartening for those hoping for united Ireland any time soon, local MP Michelle Gildernew has said it remains “a realistic obective” and called for a vote on the issue to be held within the next five years.
Three polls published recently, one by the Irish Times and two by the News Letter, appear to indicate the Brexit referendum result has not increased demand for a vote to unify the country as strongly as many expected.
The News Letter has reported that the poll commissioned by academics at Queen’s University revealed only 21.1 percent of residents in the North would vote for a united Ireland. A total of 42.6 percent of Catholics have said they’d vote for unity, with 26 percent undecided.
A second poll published in the same paper, carried out by think-tank Policy Exchange, showed money was a driving factor for those who may be expected to be in favour of a united Ireland. That is, when asked, only 22 percent of Catholics surveyed said they would be in favour of reunification if it would lead to them being £3,500 worse off each year. On the flip-side, 54 percent said they would be in favour if it left them £3,500 better off.
The Irish Times poll found Brexit was a significant factor, but the results are still discouraging for nationalists. If the UK proceeds with a ‘hard’ Brexit, 53 percent of Catholics said they’d vote for a united Ireland. However, according to their poll, only 28 percent of Catholics would be in favour if the UK changed its mind and stayed in the EU.
While attending a commemoration in London recently, Fermanagh South Tyrone MP Michelle Gildernew said: “We are clear, Irish unity makes sense. Political sense. Economic sense.
“The Good Friday Agreement provides a legislative, peaceful and democratic route to achieve this goal.
“Recent economic and demographic dynamics in Ireland make reunification a realistic objective and we are calling for a unity referendum to be held in the next five years.”