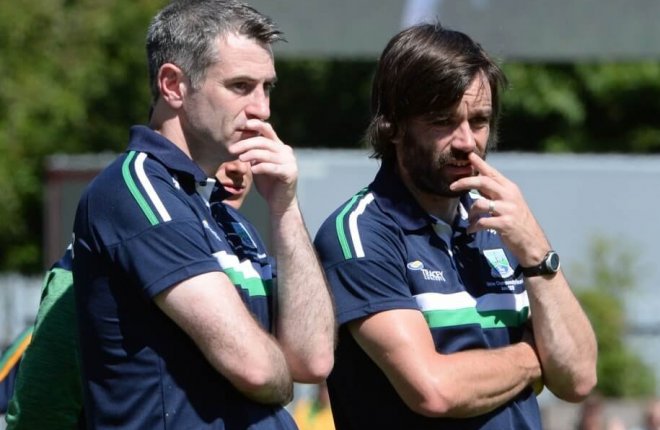 THE Ulster dream might be over for another year, but Fermanagh won’t have long to feel sorry for themselves.
This weekend will see another flurry of round three qualifier games and the following weekend Rory Gallagher’s boys will be back in championship action.
Erne midfield talisman Eoin Donnelly says it’s essential Fermanagh dust themselves down and gear up for a big shot at getting the season back on track
“It’s a good achievement for us to get to an Ulster final, but we’ve a season ahead of us still. We’re going to have a qualifier game in a couple of weeks time. Win that game and you’re into a super eight competition where anything can happen.”
Attacker Danny Teague agreed and believes that no one will want to see Fermanagh coming up in the draw.
“It would still be a massive thing for Fermanagh to get to the Super 8s. We will meet up this week in training and that will be the focus. We’ll have a small bit of a hangover from the final, but we’ll get that run out.
“Rory will have us ready for the qualifiers. Whatever team we come up against won’t see Fermanagh as a stepping stone any more. There’ll be a bit of fear for them as well, and we won’t be fearing anyone either.”
There will be an open draw on Monday morning to determine Fermanagh’s qualifier opponents. They can face any of the winners of Leitrim v Monaghan, Armagh v Clare, Cavan v Tyrone or Kildare v Mayo.
The draw will avoid repeat pairings where feasible. This should see Fermanagh avoid rematches with Armagh or Monaghan, should they win this weekend.
If Fermanagh can win their round four qualifier they will be into the Super Eights phase of the All-Ireland competition.
This sees eight teams drawn in two groups of four. The teams in each group play each other once with the top two teams going through to the All-Ireland semi-finals.
Fermanagh already know that if they manage to overcome the round four hurdle they will be in a group with Galway and Kerry and the winner of Laois’s round four qualifier game.
Erne fans will understandably be disappointed the Boys in Green failed to land the Anglo Celt, but the Fermanagh team are determined the season won’t end on a sour note.
“The Ulster Final was a great bonus for the county,” said Danny Teague. “Hopefully it’s the start of something now rather than a once off. That would be the thing we are taking away from it. We want it to be a regular occurrence that Fermanagh are playing in big games.”