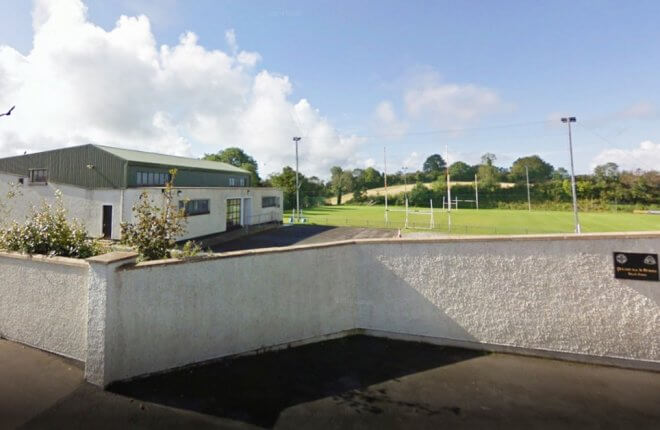 THE COMMUNITY in Belleek was united in grief, as popular local man Martin Duffy was laid to rest.
Martin, from Daly Park, passed away on Sunday, April 29th, at the Palliative Care Nursing Unit, Omagh. The son of the late Denis and Laura, he is survived by his brother Tony and family, and his beloved aunt Mary.
A former groundsman for Erne Gaels, Martin’s passing has prompted an outpouring of grief in his home village. Upon learning of his passing, the GAA club posted a touching tribute to Martin online.
“It’s with profound sadness we learned of the passing of Martin,” they said. “If ever there was a gentle big fella it was Martin. He worked for a time as club groundsman and he took fantastic pride in his work, staying late many evenings to make sure the field looked its best, nothing ever too much for Duff. He will be missed by all who knew him. We’ve lost on of Belleek’s true gents, who would do absolutely anything for anybody. You fought a long and brave fight Martin and now you’re released from your suffering. RIP.”
As a mark of respect to Martin, Erne Gaels cancelled all club activity at the centre on Monday.
The reaction to the Club’s post on Facebook was testament to the respect and love for Martin in Belleek and beyond, with hundreds of comments and messages of sympathy for the man affectionately known as “Duff.”
“A pleasure to have known, worked and shared a pint and the craic over the years,” wrote one friend. “A sad day for all who knew him.” “Loved by all who knew him,” wrote another. “As good a friend as anyone could ever be.”
Throughout the comments from his friends, relatives and neighbours one word to describe Martin dominated it all – gentleman. Martin’s funeral Mass took place on Wednesday morning, in St Patrick’s Church, Belleek at 11am, followed by interment in the adjoining cemetery.