Advertisement
HomeHeadlineProlific offender’s driving ‘could have killed someone’
Advertisement 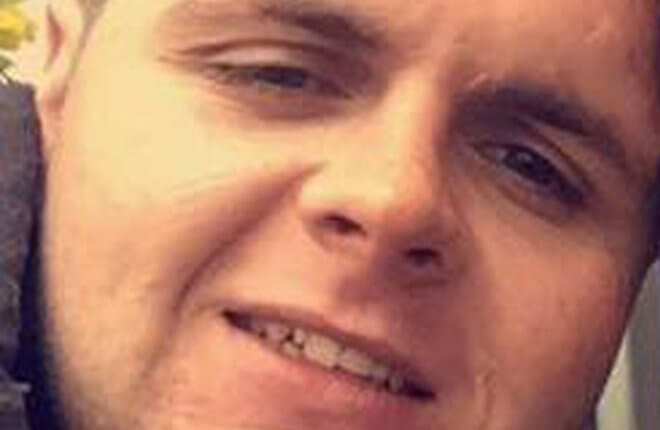 A SERVING prisoner has been told he was lucky not kill someone in a horrendous incident of very dangerous driving when he tried to flee from police.
Brendan Gerard Martin McLaughlin (27), originally from Trillick but previously of Tempo Road in Enniskillen, appeared at Omagh Magistrates Court by videolink from Maghaberry jail.
His address was given in court as ‘no fixed abode.’
McLaughlin, who has a prolific criminal record, is currently serving a 12 month prison sentence he received last July.
Last week he was acquitted of burglary and attempted grievous bodily harm, however he is waiting to be sentenced for causing grievous bodily harm.
In the court this week he was sentenced to eight months jail for a number of motoring offences to run concurrently. He is currently disqualified from driving for three years and was given a five year ban.
He will also go on trial in Dungannon Crown Court next month on charges of attempted murder and grievous bodily harm of two men in October 2016.
On August 13, 2015 police on mobile patrol were stopped at traffic lights in Omagh and a Toyota Aygo driven by McLaughlin drove through while the lights were on red.
He sped towards the Dromore Road with police in pursuit and at one stage swerved to avoid another car. During the chase he sped over bumps and went around ‘blind’ corners on the wrong side of the road.
The court was also told that a vehicle had to pull in to the side of the road to avoid a collision.
He eventually lost control of the vehicle, drove into a fence and despite efforts to get away was unable to extricate the car.
On being arrested he was “extremely aggressive” towards police officers and on the way to the station said he stole the vehicle.
His speech was slurred and an evidential blood sample showed there was a concoction of Temazepam, Tramadol and Diazepam in his system.
During interview he told police he did not remember going through the red lights and although he remembered driving on the Dromore Road he could not recall the nature of his driving.
He was convicted of driving while disqualified, taking and causing damaging to a vehicle, dangerous driving and driving without insurance.
Defence barrister Adam Blackburn acknowledged that McLaughlin is serving a ‘substantial’ sentence and may receive a further “substantial” sentence.
The solicitor said, “He is a realist and realises he isn’t going anywhere for a period of time.”
District Judge Michael Ranahan told the defendant: “This was a horrendous incident of very dangerous driving. You are lucky you didn’t kill somebody.”