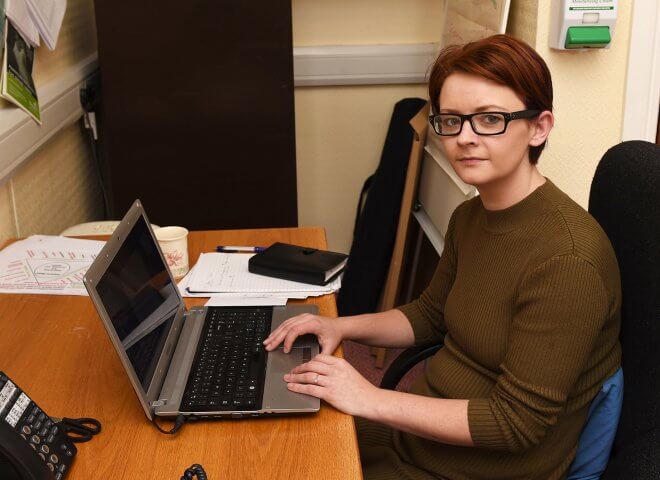 WOMEN in Fermanagh remain at higher risk from domestic abuse as a result of the continued political impasse at Stormont, which means potentially life-saving legislation cannot be passed.
A Domestic Violence Bill is currently being planned in Westminster, however it will do nothing to protect victims here, where a similar bill has been gathering dust since the collapse of the Executive.
It’s an issue which is not only frustrating but extremely worrying for Fermanagh Women’s Aid (FWA).
“Basically it’s sitting there, it’s ready to go, it’s been ready to go for quite some time, but it needs signed off and it needs a minister,” explained FWA’s Kerrie Flood, who said local judges were frustrated with our poor sentencing laws.
“This, as well as other issues such as the fact controlling or coercive behaviour is currently not a criminal offence here, could be addressed by the bill, she said.
“Without an Executive legislation can’t move forward, funding can’t move forward, budget cuts are implemented, and you’re going from year to year and month to month wondering what you can do.
At the minute women in Northern Ireland are being failed by the lack of an Executive.
The State has an obligation to protect women and at the minute they’re failing to protect women.”
Ms Flood said statutory bodies were currently operating in a “tiny, limited system” where judges are limited in their sentencing options, which was “just not good enough.”
“You have us saying it, police saying it, social services saying it, but we don’t have an Executive and that is very squarely where it sits.
“It’s scary. Where does it end? We’ve already had a death in Fermanagh.”
Ms Flood said now was the time for action: “We talk about awareness of domestic violence and lots of people have a lot of will to talk about domestic violence, and certainly I would’ve been saying that, but we are aware.
“Women are dead, we know there’s a problem. What’s the barrier in addressing it? That barrier is that we don’t have a government.”