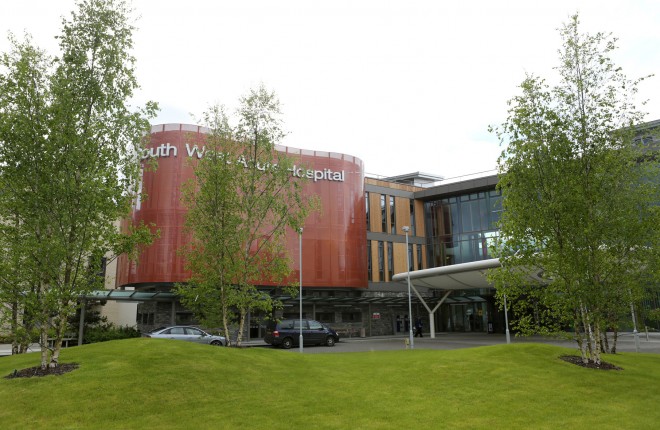 MORE than 18,000 people failed to show up for appointments at SWAH clinics between January and October in 2017 alone, costing the hospital over £3 million.
Non-attendance at appointments, or people cancelling on the day of their appointment, at consultant-led clinics is a massive problem at the hospital. A total of 18,204 patients did not show up or cancel their appointments in the first ten months of 2017, accounting for 9.3 percent of all appointments.
The Western Trust have taken a number of measures to tackle the issue, including setting up a booking system that gives outpatients a choice of dates and times, and setting up a text/automated voicemail reminder service.
In that text-alert service from the Trust it is pointed out not attending costs the hospital £170. At that rate, the number of missed appointments at SWAH between January and October cost the hospital £3,094,680.
A spokesman for the Western Trust said: “The co-operation of the public is essential to reduce non-attendance for hospital outpatient appointments. There may be good reasons why people are not able to make an appointment and the Trust acknowledges that on occasions it may have to reschedule a clinic, for example if an essential staff member is sick.
“Where possible we would ask patients with an appointment to let the hospital know if they won’t be able to attend and to do this at the earliest opportunity.”
Cllr Raymond Farrell, who works in the health service, said people not turning up for appointments was a serious issue at the hospital.
“It does have a significant impact,” he said. “Not only have you got staff who are in to do a job, maybe locum staff who do cost that wee bit more. It’s not a good use of resources, by any means, when people don’t bother to turn up.”
Cllr Farrell said he wouldn’t go so far as to call for people who don’t turn up on the day to be charged, as it wasn’t “straight forward”, but said it was something that may have to be considered in future if the situation doesn’t improve.
“I accept there may be genuine reasons why people don’t turn up, but there are also reasons that are not legitimate. There has to be a responsibility in terms of these appointments. Daily we hear of waiting lists, we hear of people struggling because they can’t get appointments, then we have a situation when appointments are offered to others, they don’t bother to turn up. That’s very, very frustrating for everybody.”