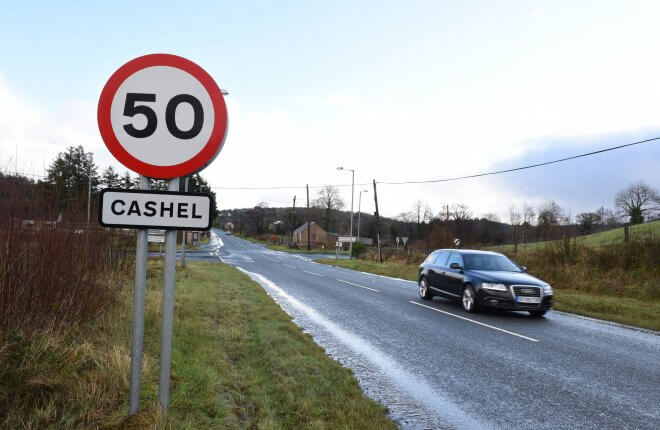 THE PSNI may have found nothing after conducting their third search in and around the Cashel area of west Fermanagh, but this announcement has done little to allay a number of ongoing concerns in the area.
For local sources are still worried that there may be something in the remote rural area between Cashel Cross, Kilcoo Cross and the Leitrim village of Kiltyclogher.
“It is still very worrying and I know the PSNI have told us that nothing was found.
“But that does not mean that there is nothing in this fairly large wooded area which would be ideal for concealing something,” said one local person who didn’t want to be named.
“The mere fact that the police have now carried out three searches means that they are taking very seriously the information they were given by certain unknown parties.
The source added: “ We are concerned as the whole community is affected and wary as they go about their business.
“There are different theories around here at present as to what has unfolded. Could it be something that the security forces lost themselves while conducting surveillance over the year and they were searching for it themselves?
“It could be cameras that the security forces lost and we know they lost drones somewhere before. And equally there could be someone having a prank and having a good laugh.
“And it could be legitimate as well as somebody was trying to plant something and they got scared and then moved away.
“Brexit and a hard border is still very much a threat and there are various forces for whom a hard border would suit their agenda to resume military activities against the security forces
“In any event, it continues to be disturbing and we feel that maybe a bit more information could be given on something that continues to hang over our heads”
The latest statement from the PSNI was that nothing was found in an extensive search. A number of police Land Rovers and unmarked police cars were involved in the operation on January 8.
Two checkpoints were set up, one at Cashel Cross at a link road to Kiltyclogher and the other one at Kilcoo Cross another link road into the county Leitrim village.
Four police vehicles and six officers were present at Cashel Cross while one unmarked police car blocked the entrance to the county Leitrim village at Kilcoo.
Officers have already carried out extensive searches of the area between Cashel Cross and Kiltyclogher that is about three quarters of a mile from Cashel.
They were acting on reports that a ‘suspect device” was found in the area
The previous security alert on Sunday, December 18th caused the road between Cashel and Kiltyclogher to be closed for 48 hours causing considerable inconvenience to locals in this border area.