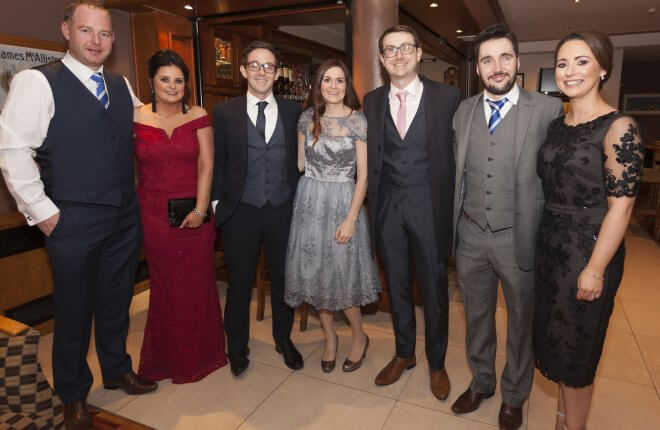 THE Garrision area is to get a much needed shot in the arm with news that Devenish GAA club is planning to build a major new development which will provide a number of new amenities for local people.
The plans were revealed at the club’s centenary dinner dance at the Mill Park Hotel in Donegal Town on Saturday night, attended by over 500 guests.
Centenary committee chairman Gerard O’Briend revealed that the club would be constructing a multi-use sports hall, a state of the art gym, a full sized function hall and associated facilities at its St Mary’s complex on the edge of Garrison village.
“This development will not only be at the core of our club but will probably also serve as a community hub.
“This is an ambitious project and we will obviously be very hopeful of obtaining grant funding, but inevitably there will have to be an element of fund-raising and a development committee will be formed in early 2018 to oversee this project”.
Meanwhile GAA President Elect John Horan, who has identified club player activity as a very important matter, told the crowd that this was the first invitation that he received since he was chosen as president elect of the GAA earlier this year.
“One thing that is quite obvious is that you have built up great facilities in your club over the years and you still have the ambition to improve on them and I am quite sure that all that ambition will be realised for the spirit that is within this club,” he said.
“I know there will be a bit of fund-raising involved, but hopefully those in the Ulster Council and Croke Park will be able to give some support to the work that you do here on the ground”
Meanwhile the club’s SFL winners, the U-12, U-14 and U-16 boys and Ladies Junior county champions were all honoured and past heroes like PT Treacy, John James Treacy, Michael Joe O’Brien, Canon Pat Lonergan and Jim Carty were also given mention as well as past captains of the club.
Club chairman Peter Carty, MC Gerard Treacy, Gerard O’Brien, Marty O’Brien and Ann McGrath all made telling contributions on very successful night for Devenish GAA club.