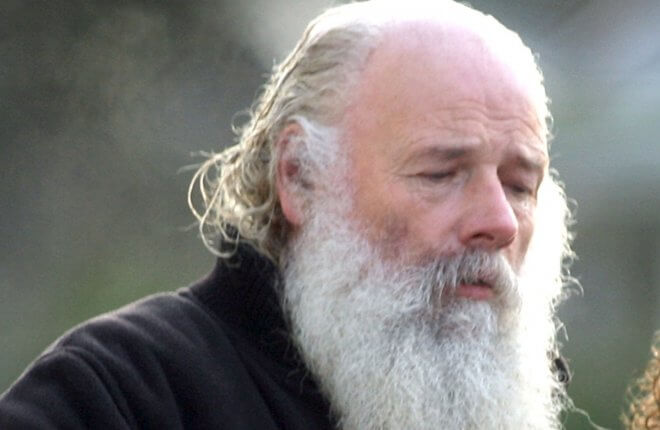 A BELLEEK man has been sent to jail for kicking and killing a dog in a row with the owner who is his neighbour.
Fifty-four-year-old Martin McGonigle, Finner, Belleek has been jailed for a month for kicking and killing an 11-year-old Pomeranian dog during the course of a dispute near Ballyshannon last February.
Ballyshannon District Court was told that McGonigle, Finner, Belleek was wearing steel toe-caps when he kicked the dog belonging to Patsy Quinn at Doobally, Ballyshannon on February 13.
Reacting to the decision, Inspector Kevin McGinley of the Irish Society for the Protection of Animals said be believed that this jail sentence was one of the first if not the first custodial sentences imposed for breaches the Animal Health and Welfare Act, 2013.
“We believe that it sends out a very strong and clear message that breaches of the Animal Health and Welfare Act 2013 can and will not be tolerated by the judicial system,” he said.
In jailing the defendant Martin McGonigle, after a lengthy contested case, Judge Kevin Kilrane said: “Without any provocation but by proxy hatred for the Quinns he took his ill temper and viciousness out on a dog”.
Martin McGonigle is appealing the sentence to the circuit court and has been released on bail.
The judge added: “This man is quite a dangerous man when his temper is raised and he is not remorseful”.
The judge said he had lashed out with full force in killing the animal.
Judge Kilrane said the defendant had engaged in a tissue of lies from beginning to end.
The judge said the defendant had claimed that Kevin Quinn had blocked his path when he was driving on the Dobally Road but this was not for 8-to ten minutes as he had claimed.
The defendant told the court that he had “flicked the dog with his boot” and that it was still alive after a melee with Patsy and Kevin Quinn.
He said he had varicose veins and the dog stripped its teeth at him and he acted in self- defence.
Martin McGonigle told the court that it broke his heart that the dog had died and he had never intended to kill it.
He told the court that Kevin Quinn had come at him with a stick.
The defendant denied punching Patsy Quinn, saying he had pushed the latter away and Patsy Quinn had fallen on the ground a few feet away. The court was told the families did not get on.
Meanwhile defence solicitor Rory O’Brien said that his client was a part time farmer who was also upset, as he had not intended to kill the dog.
Martin McGonigle was a quiet reserved man and had worked as a baker in Ballyshannon for 20 years.
In evidence an at times tearful Patsy Quinn (74) said Martin McGonigle got out of his vehicle and was shouting at himself and his son Kevin.
The witness denied that his son Kevin had been blocking the road for 10-12 minutes or that he and Kevin were sniggering at the defendant.
When the defendant came back, Millie walked towards him.
“He kicked her and the force of the kick sent her up off the ground.
“This upset us and Kevin stepped in and I stepped in front of Kevin”.
The court was told the defendant then punched Patsy Quinn and knocked hm to the ground.
He suffered facial injuries and had to have his nose re-aligned in Sligo University Hospital.
A subsequent veterinary report read out in court said that “Millie died as a direct result of his injuries, severe trauma in the abdominal region such as would be consistent with kicks”
The defendant is appealing the sentence to the circuit court on his own cash bond of €1000 and a €1000 bail bond.