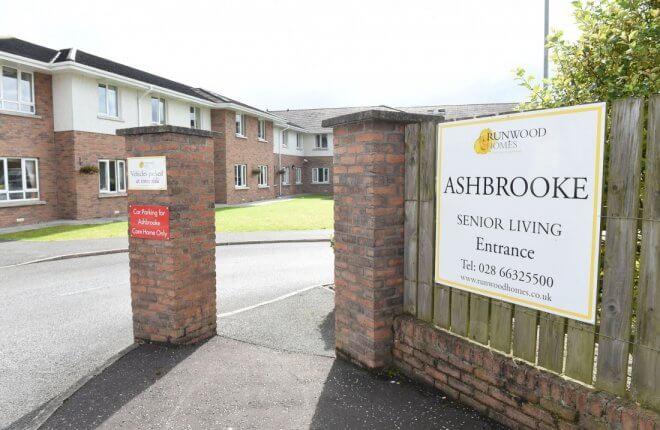 ASHBROOKE Care Home in Enniskillen was visited 189 times by social workers in the ten months before its closure, it has emerged.
The Old Tempo Road facility was ordered to close by the Regulation and Quality Improvement Authority (RQIA) at the end of August. The regulatory body found systemic care and management failings and had serious concerns about the safety and well-being of residents.
Ashbrooke was temporarily taken over by the Western Trust in September after appropriate accommodation could not be found locally for some of the home’s 43 residents within the allocated time period. It has been closed since its final resident moved out on September 6th.
Runwood Homes Ltd, who took over Ashbrooke last year, indicated that they would be challenging the closure order by the RQIA through legal channels.
It now emerged that a “concerned relative” of an Ashbrooke patient had claimed that a night nurse on duty was sleeping for three to four hours a night in April which sparked a major probe.
Email exchanges between Runwood Homes and managers at the Western Trust have also shown that a “safeguarding” investigation was ordered by the Trust into the welfare of the vulnerable residents.
The Trust reportedly carried out a string of visits between last November – after complaints about care first emerged – and August 1st, including 189 calls to the premises by social work staff.
An email dated April 5th has revealed that a senior Trust chief was also made aware of allegations around a nurse sleeping while in charge of residents. The email trail shows the concerns were forwarded by the Trust to Runwood’s former Northern Ireland manager, John Rafferty.
In response Mr Rafferty said measures were being put in place to allow all night duty staff to â€œcome forward internally through the whistleblowing procedures and declare any concerns they have.â€
In relation to the allegation of a duty nurse sleeping for up to four hours at night, Mr Rafferty responded: “We are talking about a short time period when this could have happened as the nurse had only commenced night duty.”
When contacted by the Herald, a spokesman for the Western Trust confirmed that “adult safeguarding investigations are currently in progress”.