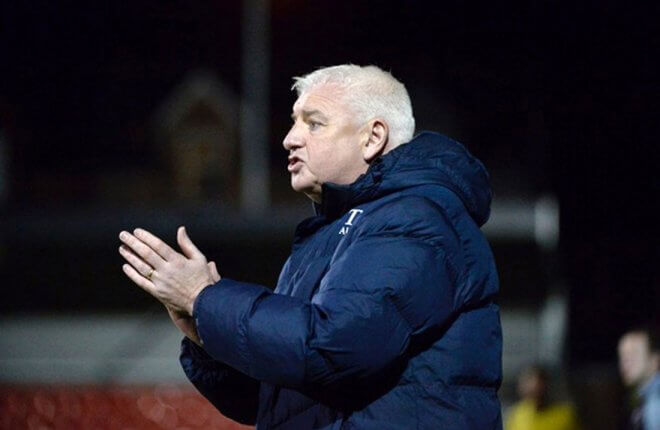 Today, Ballinamallard entertain the champions Linfield at Ferney Park.
Linfield come to Ferney on the back of five defeats but Manager Gavin Dykes admits he doesn’t know if it’s a good thing or a bad thing.
“The last time we played Linfield at Windsor Park we came off with a defeat. They beat us 4-0 and it was quite comfortable. They are going through a bad patch, but they are the champions. But they have a huge squad and David Healy will have them motivated.
“The last time we played them at Ferney Park in the League Cup in the first 55 minute we were better than them. That was a huge complement to us.
“This will be a tight game. If we are in form and have hopefully turned a bit of a corner we will give anybody a game. It’s going to be difficult and it depends how we are fatigue wise. It’s been a really heavy week for us with Crusaders last Friday, Coleraine last night, Tuesday and then Linfield on Saturday.
“We’ve worked hard on our system and we seem to have found the balance and we are playing and passing the ball around much better. We’re getting into good areas of the pitch and I suppose we need to create a bit more. The disappointing thing is that defensively we have leaked a few. We have to score goals though.
We’re a lot better than we were and it’s going to be a tough test, but we look forward to it. Ballinamallard want to be in this league to play against the top teams so it’s a great opportunity.  We’re at home and we intend to give Linfield a game. It’s like a cup final to us. They are such a big team, such a big club. We’re at home. We’ve set ourselves a target of getting something out of these three games. We got nothing at Crusaders, but hopefully we can get something on Saturday. It won’t be easy, but that’s the challenge,” said Dykes.