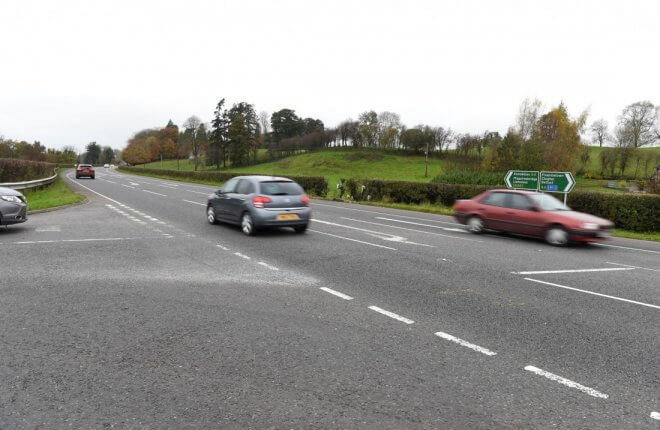 29-year-old Kiara McCoy was killed in a two vehicle road traffic collision on the A4 Enniskillen to Belfast road at Brookeborough last Tuesday evening.
The devastating fatal crash occurred on a notorious stretch of road that has been the scene of numerous road deaths.
In the last six years alone, eight people have lost their lives on the A4 Belfast Road between Enniskillen and Fivemiletown. Kiara McCoy was the 50th person to die on the North’s roads this year.
UUP Cllr Victor Warrington lives close to the scene of the latest collision and says he is saddened to see another life lost on this dangerous stretch of road
“Unfortunately for some strange reason there is a six mile stretch of the A4 that has had some desperate accidents occur on it. It is a fast road and I don’t know what more can be done to make it safer. At the end of the day a lot of onus has to be on the driver,” he told the Herald.
DUP Cllr Paul Robinson added: “In recent years we have witnessed many lives, young and old, being taken along this dangerous stretch of road.”
Meanwhile as the clocks went back last weekend, the Department for Infrastructure has advised drivers across the North to be extra attentive on the roads this winter.
Over the last five years, the months from November to February have seen a higher proportion of road fatalities during the hours of darkness than any other four month stretch – 46% of fatalities in that time were as a result of collisions that took place in darkness.
Lynda Hurley, the Department’s Head of Safe and Sustainable Travel Promotion and Outreach is urging all road users “to be vigilant and to pay attention in the worsening weather conditions and the deteriorating light”.