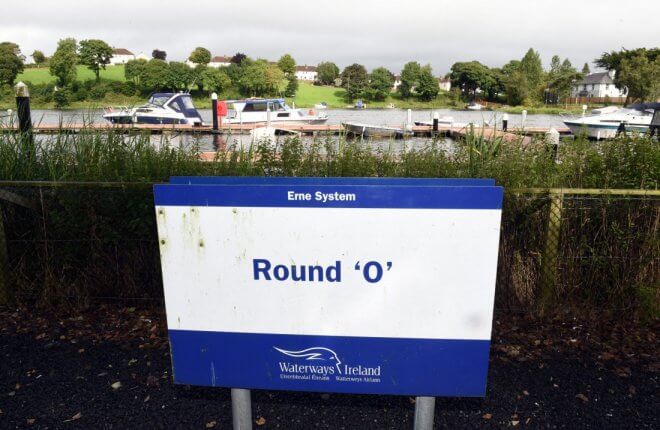 The weekend tragedy occured at the Round ‘O’ jetty

THE tragic death of a 49-year-old woman, who fell from a jetty in Enniskillen during the early hours of Saturday morning, has led to renewed calls for life jackets to be made compulsory on waters across the North.
Annette Preston (nee Sharkey) from Drumragh in Co Tyrone and her husband Steven both fell overboard while trying to get from their boat to the Round ‘O’ jetty at 2.40am. The mother-of-two lost her footing and slipped into the water, taking her husband with her who was able to call for help. A passer-by jumped in and pulled Mr Preston to safety and went back in for his wife but was unable to rescue her. Police, ambulance and fire crews attended the scene and a search operation was implemented before Mrs Preston was taken from the water. She was brought to the South West Acute Hospital but died a short time afterwards.
Mrs Preston’s death comes just four months after that of another mother-of-two Luna McKinney, who drowned while holidaying with her family. The 35-year-old was boating on Lough Erne with her husband Stephen and their 13-year-old son and 11-year-daughter when she slipped and fell into the water while checking ropes at Devenish Island.
Mr McKinney frantically tried to locate his wife in the dark waters before alerting emergency services. Despite the best efforts of volunteers from the RNLI to resuscitate her, Mrs McKinney was pronounced dead a short time later at the South West Acute Hospital.
Meanwhile Mrs Preston’s family have thanked the emergency services for all their help and made special mention to the man who tried desperately to save her.
Speaking to the Herald, her brother Thomas Sharkey said her death was a tragic accident which had left her family “completely numb”.
“Steven is devastated. He has lost his wife and best friend and we will all miss Annette so much. She was a loving mother who had all the time in the world for her children and husband. Annette and Steven loved carvaning and sailing and they loved Lough Erne. They even had plans to sail the Shannon later this year.”
He added: “Fortunately there was a man nearby who jumped in and pulled Stevie to safety. He went back in for Annette and tried his best to get her but he couldn’t. We cannot thank this man enough.
“I know he is coming to meet Stevie and we are all looking forward to meeting him and thanking him personally. If it weren’t for him we could be dealing with the loss of Stevie as well, and for that we have to thank him.”