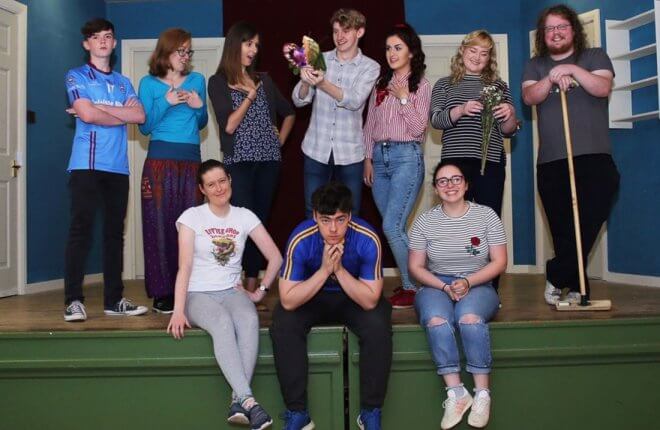 A GROUP of young singers and actors from all over the county have set up a new theatre group and  are currently working hard to put together their debut performance of ‘Little Shop of Horrors’, which is being staged at the Ardhowen in late August.
Fermanagh Musical Theatre was set up earlier this year and already has in its ranks a number of the county’s most talented and experienced young performers.
Many of the group were involved in the successful production of ‘Bonnie and Clyde’ with the Knocks Drama Group which played to capacity audiences at the 300-seat Share Centre arena last summer.
Following this success, the group decided to go it alone, and set up the brand new musical theatre society – Fermanagh Musical Theatre.
Derrylin student Samantha McElgunn is the founder of the theatre group, and the director of ‘Little Shop of Horrors.’
“We have a great cast and we are very excited about putting on this play. We have only recently formed and we decided to set up this group because we are all away to college during the year and it is something to do when we come back home in the summer.
“Everyone involved is extremely talented and rehearsals for the play have been going really well.”
Fermanagh Musical Theatre is made up of over 20 local young people who meet at the Knocks Hall near Lisnaskea to rehearse and perfect their performances.
‘Little Shop Of Horrors’ is a fiercely funny and heart-warming sci-fi-esque musical with an electrifying 1960s pop/rock score.
The play is a big task for the young actors, but the cast have been rehearsing with musical director Eoin McCaffery to perfect a variety of songs by Alan Menken.
Eight actors have been working to learn the hilarious script by Howard Ashman under the guidance of Samantha, who is director.
The play is taking place in the Ardhowen Theatre, on August 24th until 26th at 8pm, with a 3pm matinee on August 26th. Tickets are available now for £14  and can be purchased from the Ardhowen Box Office.