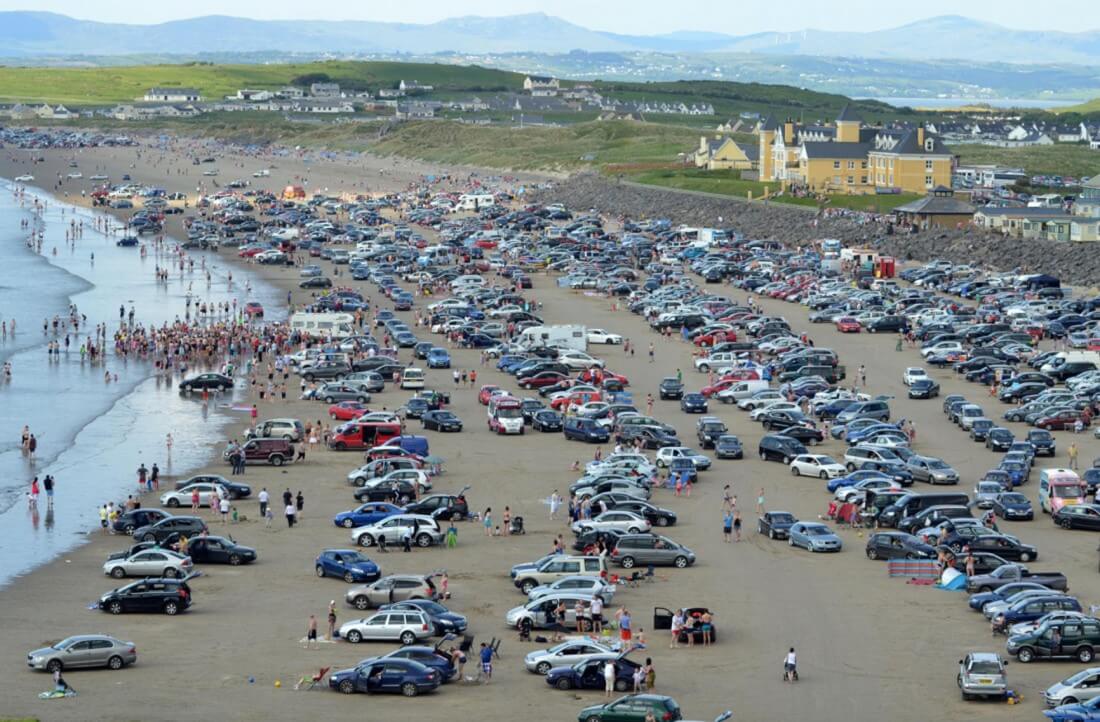 A PROPOSED shake up of council by-laws could prove a headache for visitors from Fermanagh who enjoy regular visits to one of Donegal’s busiest beaches.
Rossnowlagh is one of only two beaches in the county that cars are allowed to drive on to but they could soon be banned from the sand under new proposals.
Concerns over public safety surfaced during a recent spell of sunny weather when thousands of people flocked to the coastal village.
One councillor revealed how rubbish, including deck chairs, barbecues, food waste, glass bottles and nappies, was abandoned on Rossnowlagh beach over what was described as a “weekend of mayhem”.
Sinn Fein’s Noel Jordan has said that in the interest of the general public, action needs to be taken.
“There were incidents in the last few weeks where there were thousands of cars on the beach and large numbers of vendors in what can only be described as utter chaos,” Cllr Jordan said.
“It is not only frightening when vehicles are entering the beach that there will be an accident but it is absolute mayhem when the vehicles are making for the exit.
“I know it is one of our busiest beaches in the county and I welcome all the people who come to use it but I do feel that council needs to come up with a plan to make it safe for the public.”
He said that meetings had taken place at municipal district level where suggestions had been made about how the situation could be advanced. To date though they had “fallen on deaf ears”, Cllr Jordan claimed.
He called for a meeting involving all stakeholders, including residents, community leaders and the Rossnowlagh business community.
“Rossnowlagh beach is one of the jewels in our county and I am convinced that if this dialogue does take place with the stakeholders and a firm plan put in place, it can remain so into the future,” added Cllr Jordan.
Donegal County Council’s Director of Service, Garry Martin, has said it was obvious that the by-laws did need revamped, adding that the matter would be examined in detail in the coming weeks.