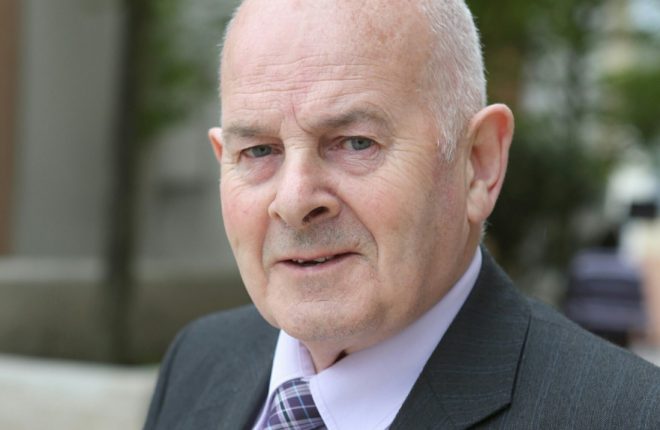 The funeral takes place in Tempo this morning (Friday) of former Fermanagh Councillor Pat Cox, who passed away suddenly at his home in Largy, Tempo on Tuesday.

The 71-year-old and his beloved wife Mary had only celebrated their golden wedding anniversary last month.

The father-of-three was a member of Sinn Féin for three decades, serving as a councillor until 2010 when he became an independent member of the local authority. The funeral director and plumber lost his seat in the 2014 council elections.

As a bandman and committee member of Cavanacarragh Pipe Band over many decades, he was remembered this week by colleague Sean Murphy as “truly professional and diligent”.

Council chairman Cllr Mary Garrity said she was saddened to hear of Mr Cox’s untimely death, adding: “Pat was a real character who was very much loved and respected.”

Independent Cllr Bernice Swift added: “Pat was one man you were always delighted to see coming to the door with his big smile, big laugh, great craic and always asking about everybody how they were doing.”

Mr Cox is survived by his wife Mary, loving sons Gerard and Luke and daughter Catherine.

His Requiem Mass will take place at the Church of the Immaculate Conception, Tempo at 11am with burial afterwards in the adjoining cemetery.